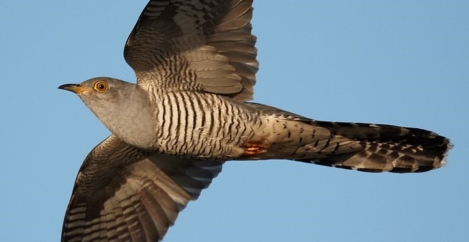 Working from home seems to relieve the burden of imposter syndrome 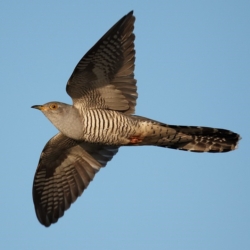 In a new study of around 2,000 workers conducted in partnership with the University of Nottingham, Totaljobs claims to have seen a 57 percent decrease in feelings of imposter syndrome compared to a similar survey last year, with just 3 in 10 workers in 2020 finding themselves experiencing feelings of what the study describes as Imposter Phenomenon. The 2019 study claims that 7 in 10 workers in the UK had suffered from complex ‘imposter’ feelings that can sabotage careers and harm our mental health.

Imposter syndrome is described as a dual fear of both failure and success. Those who are experiencing it first-hand have an irrational fear of being ‘found out’ and exposed as frauds by their colleagues, often in the face of evidence to the contrary.

Dr. Terri Simpkin, Associate Professor at The University of Nottingham, suggests that the explanation behind this reduction is down to the dramatic shift in workers from the physical workplace to working from home. “Imposter Phenomenon is related to context and so if the context changes so can experience of Imposterism,” she says. “It’s socially constructed so change the social circumstances and the experience may change too.”

However, one demographic still continues to feel the strain of imposter syndrome on par with pre-COVID levels. 7 in 10 (71 percent) of those who have found themselves furloughed, laid off, or made redundant this year are experiencing the feeling. Individuals who have found themselves in these scenarios may well have seen the reduction or removal of their role as a sign of personal failure, rather than a business decision – which can fuel a damaging sense of ‘not being good enough’.

Life experience is one factor that may help reduce Imposter Phenomenon, as evidenced by the fact that older generations appear to experience the phenomenon at much lower rates than those entering the workforce for the first time. Just 21 percent of the Baby Boomer generation (53-73 years old) experienced Imposter Phenomenon in 2020, less than half of the 48 percent found amongst Generation Z (15-24 years old).  For instance, older workers are much more likely to have weathered previous economic downturns, such as national recessions and previous global financial crises. This means they’re more likely to know how to navigate these and not question their abilities in the process.

Trying to juggle home-schooling alongside working at the kitchen table means that many parents could be trying to get too much done in a day. Striking the balance between being an attentive parent and a dedicated employee can mean people have overly high standards and set themselves up for disappointment when they don’t hit them.

Lockdown seems to have fed one of the cruelest ironies of Imposter Phenomenon. ‘Imposters’ are not only likely to see themselves as not doing well enough at work but they’re also likely to be overdoing it.  Almost two-thirds (63 percent) of workers admit they’ve worried that everyone has been more productive during lockdown than themselves, with 72 percent believing they haven’t achieved enough throughout the events of 2020.

Fear of failure can drive those experiencing Imposter Phenomenon to work harder and longer. This feeds anxiety and can create an exhausting and vicious cycle that eventually leads to burnout.  Sure enough, today’s report shows ‘‘imposters’ in lockdown are experiencing this in significant numbers. 40 percent of those experiencing imposter symptoms admit they’ve worked harder because of anxiety about the quality of their work. 39 percent say they’ve subsequently worked longer hours and an additional 35 percent have avoided taking annual leave or even sick days, to ensure their own impossibly high standards are maintained.

If someone already sees themselves as an ‘imposter’ it’s also likely they’ll brush off praise. Similarly, calling them a hero is likely to make them hugely uncomfortable. Key workers have been lionised throughout 2020 for the crucial role they have played in helping to tackle the threat of coronavirus. However, the subsequent media spotlight and public dedications are not necessarily welcomed by key workers themselves, particularly the use of the phrase ‘hero’.

4 in 10 (39 percent) of key workers say they don’t feel deserving of the ‘hero’ title and see themselves as ‘just ‘doing their job’. A further 24 percent think the use of ‘hero’ goes too far, which makes them feel uncomfortable and it’s an idolising term.