Working ‘proper hours’ may no longer be possible 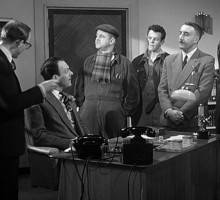 Today is the Trades Union Congress’s self-styled ‘Work Your Proper Hours Day’. Last week the TUC announced that it had used Government statistics to calculate that more than 5 million UK employees put in an average of over 7 hours of unpaid overtime a week, adding around £28 billion a year to the economy. Like me, you might be surprised the figures are that low and certainly I think a lot of people would be delighted to only put in an extra 7 hours a week. You might also be dismayed the TUC is advocating workers add less of their time into the economy by clocking off on time today. However, the bigger problem is surely with the language and ideas put forward by the TUC.

The very principle of clocking off belongs to a bygone era of work and industrial relations. Technology has eroded the barriers between our working and private lives to such an extent that the very idea for many of us that we should work set hours then go home and forgetting all about it till the morning is positively archaic, not least because for many people work and home are the same place anyway.

The TUC is falling into the trap of assuming that the world of  work, based on a relationship between employers (meaning large organisations) and employees is the same as it was in the past. I can see that this might be the case for many of their members, but the workplace is very different to that depicted in I’m Alright Jack, the 1959 film with Peter Sellers and Terry Thomas (above).

In 2013, over 5 million people now work from home in the UK – more than one-sixth of the working population and the economy is dominated by small businesses which contribute 60% of staff and 50% of GDP. For these people and many in larger organisations the idea of a fixed working day is irrelevant so it’s pointless trying to ask them to adhere to one.

That is not to say that the TUC doesn’t have a good general point. We do often work in an unfocussed way and long hours do not necessarily equate to greater or better output.  But their message is wrong. They need to come up with something a bit more intelligent and sophisticated than asking people to ignore the fact they are living in the 21st Century.