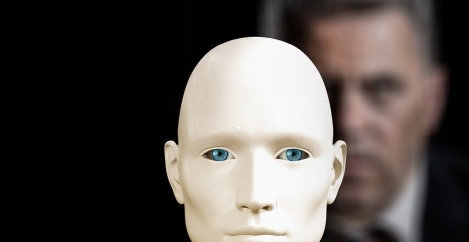 Workplace culture is not something to be changed with hashtags 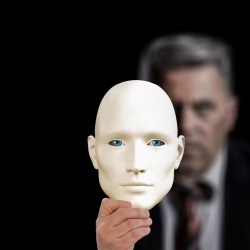 The state of the nation’s mental health and subsequent pressure on organisations to do ‘something’ has resulted in a PR opportunity for those who see it and take it. While mental health is high on the agenda of workplace culture improvements, several organisations, including Barclays, Eon and Unilever to name a few, have signed an open letter to The Times pledging to prioritise mental health as employees return to work, after research showed that more than a third of workers were struggling.

Deloitte, Allianz, and BP are amongst many which have a corporate partnership with the charity Mind, the leading mental health charity in England and Wales, to demonstrate their serious commitment to mental wellbeing. They can use Minds branding on external media, while supporting the charity’s efforts to increase awareness.

It begs the question why organisations feel the need to publicise commitment to what is essentially a legal obligation as far as mental health is concerned. Such media coverage can look great in the eyes of investors and the public alike, but it could simply be just that, a PR stunt.

Heathy Working Lives is a free health and safety advice service in Scotland and is part of NHS Health Scotland. It provides an award programme to help you identify issues and improve health, safety and wellbeing in your organisation in a structured and productive way.

Through the submission of a portfolio of evidence, you will, according to Healthy Working Lives, have a healthier, more motivated, and productive workforce, reduce absence rates and support employees in work and returning to work.

At gold level there is a check list which includes three health, safety, and wellbeing information campaigns, two opportunities in healthy eating…you get the idea. If as an organisation you are focussed on completing portfolios and meeting criteria purely for recognition, you are not focussed on meeting the actual needs of your employees. This potentially encourages a lack of concern for existing and emerging issues.

According to Mind, employers want to be able to benchmark progress in their efforts to support mental health. The charity therefore created a Workplace Wellbeing Index, where organisations are benchmarked against Mind’s wellbeing standards and against other organisations. Mind charges between £1,300-£10,000 to take part in the index depending on the size of organisation (must be over 20 employees). It also has an award ceremony each year to recognise those who achieve the highest rating in the index. Achieving gold standard means “Your organisation has successfully embedded mental health into its policies and practices, utilising a variety of best practice approaches and demonstrating a long-term in-depth commitment to staff mental health”.

It still feels as though we’re looking at tick box exercises when it comes to improving workplace culture. Creating and embedding policy is a critical first step, but it’s just paperwork and is pointless unless employees see and feel the benefits.  Measuring your policies and practices against peers or receiving a gold standard for your effort provides no benefit to employees. Conceptually few, including me, could argue that direction wise, it’s better than nothing but organisations concerned more with ticking boxes and award ceremonies are distracted from the priority of effectively reducing the causes of workplace mental health decline.

Last year banking giant Natwest (then RBS) boasted increasing employee assistance programme (EAP) use from 6 percent to 18 percent claiming it’s now a proactive service rather than a crisis point product.  Someone has failed to appreciate that proactivity is about prevention not treatment. Employees don’t access an EAP when trying to prevent mental health decline, it’s far more likely they are already in a place of crisis.

Compare if you will, Advice Direct Scotland, a relatively unknown small organisation. It introduced a four-day week after lengthy staff consultation and concept development including ensuring that day-to-day operations and customers were not impacted. Although the initiative incurred an initial cost, due to no sacrifice in pay, ultimately it has more than returned the investment through improved motivation leading to increased productivity and a staggering decrease of 77 percent in absence rates since implementation. It’s the difference between publicising positive results for your employees, versus publicising what you intend to do, or how you measure up to the competition.

Those who have signed up to the Mental Health at Work Commitment as publicised in The Times are encouraged to follow six standards which follow on from the ‘Thriving at Work’ study led by Lord Stevenson and Mind’s CEO Paul Farmer.

Now we’re talking. This study identified essential areas required to improve workplace mental health. The standards look at work design, organisational culture, capability, tools, support and accountability. The only downside is that there appears to be no accountability for organisations that have made the commitment, it’s up to each employer to implement the standards as they see fit. That being the case, despite the notion of a PR win, those who take this seriously and access support to implement will be ahead of their competitors, not for a gold standard but to effect real change.

Supporting mental health is not about following the herd. It’s about laser focus on the issues that matter to people, involving staff, ensuring they have the insight to direct resources to where it can achieve tangible results, like reducing the factors which cause stress, for example.

Organisations making a difference in their workplace culture and the lives of people publicise their results, not their intentions. Measures that provide organisations with a tick in the box or gold standard are arguably not focussed on the task at hand, instead they are focussed on benefiting from the PR that comes with it.