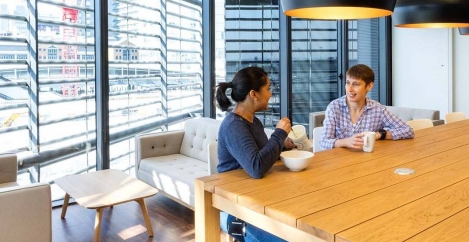 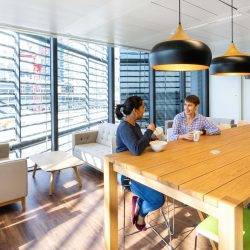 The January blues are well documented but aside from the usual clichés which abound around this time of year, there is some evidence of the impact of winter on people’s mental health and wellbeing, According to a new survey from Peldon Rose over two-fifths (44 percent) of employees say winter has a negative effect on their mental wellbeing, half (51 percent) believe it adversely affects their mood and 30 percent state winter affects their productivity. Over a third of respondents (35 percent) even identify themselves as suffering or having suffered from Seasonal Affective Disorder (SAD) – a type of depression that becomes more severe in the winter and three-quarters (76 percent) have experienced or are currently experiencing stress in the workplace. But the report concludes, effective workplace design can help combat some of these ill effects.

Workers believe the office environment in particular has a vital role in helping to tackle the January blues with office-based factors such as exposure to natural light (90 percent), quiet and private areas (76 percent) and social and collaborative workspaces (75 percent) all rated as significantly more important in supporting mental health than traditional, tailored workplace benefits such as health insurance (62 percent) and gym memberships (58 percent).

Three-quarters (73 percent) say greater involvement in decisions about their workplace would have a positive impact on their motivation, mood (70 percent), productivity (70 percent) and mental wellbeing (56 percent)

Jitesh Patel, Chief Executive, Peldon Rose, said:  “Thousands of office workers are struggling with their mental health, motivation and productivity this winter, but our survey reveals that there are steps businesses can take to try prevent SAD and the winter blues developing in the first place.

“The first step is for businesses to engage with their staff via change management and getting them more involved in decisions about their workplace environment. By doing this it will boost their motivation, mood and productivity.”