Workplace design, Facebook likes and the need of companies to be your friend 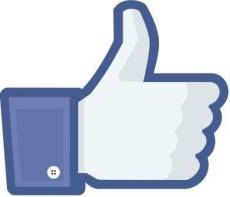 Companies put an awful lot of time and money into getting people to like them on social media these days. While it would be easy to see the like button on Facebook as the primary conduit for this corporate neediness, but it cuts across many aspects of the ways in which companies work, including their relationships with employees and the ways in which they develop new forms of workplace design and management. This is most evident in the tech palaces which are aimed at the same digital natives that firms habitually target with their online marketing, but the need to make customers and employees friends of the business cuts across a wide range of sectors. The workplace is yet another channel of communicating chumminess, and it offers many of the same challenges as social media.

It’s a tough sell, given the sheer quantity of information and branded content and messages people are trying to digest each day. The average person in the developed world sees a logo some 3,000 times a day even before they address the other demands of ubiquitous marketing. They are also sceptical about what they are told in marketing and increasingly have the ability to check for information and the views of other people before they buy a product or go to work for a firm. Whether they are then impressed that the company has an office with a games room or walls painted bright pink and sprayed with faux graffiti is then up to them.

The proliferation of such juvenilia in our offices proves how workplace design reflects the changing relationship between individuals and organisations. Companies no longer want to be seen as authority figures, because of the powerful anti-authoritarian streak that pervades society in general and widespread cynicism about corporate identity and branding. Last year a marketing agency called Havas Media surveyed 134,000 consumers in 23 countries to ascertain just how sceptical people were. In Europe and America, the majority of respondents say they would not care if 92 percent of the brands presented to them vanished tomorrow. In Europe, respondents felt that only 5 percent of brands contributed to their wellbeing.

The response to this degree of cynicism is not just a challenge for firms when it comes to consumer branding, loyalty and engagement. It is a challenge for them in terms of how they use workplace design as a way of attracting and retaining staff and inculcating corporate values. The most obvious manifestations of this are those cosmetic ones that seemingly make an office ‘cool’. But they can also be apparent in the very fabric of the building and so the way it functions.

For example, the perception of a building and the way it embodies corporate values particularly with regard to the environment, can affect the way it functions because of the way people work with it and within it.  As we reported last week, research suggests that it may be wrong to assume that people are motivated by working in green buildings. Our attention has now been drawn to a related study from 2011, which found that the sustainability of a building can be undermined and devalued if occupants are not engaged with it, based on a study of 2,000 staff working in two BREEAM accredited government offices in the UK. The study showed how a gap between occupants’ expectations and their perceptions of a green building can affect their satisfaction with their workplace and ultimately affect the building’s sustainability.

This is yet one more reason why businesses need to engage with the individual. There are no glib and easy answers to how to go about this, especially in the context of a frequently overwhelming and sceptical world. One thing we can be sure of is that the solution is far more complex than finding ways for people to hit like on Facebook or use a slide to get between the floors of a building.