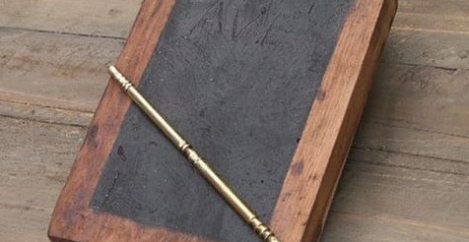 Workplace piffle, humane design and throwing away the blank slate 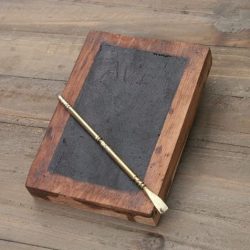 The piece I wrote on workplace bullshit came in for quite a bit of attention when it was published and also meant I was pointed to this excellent article on how to spot it when you see it. Lots is said about the skills we’ll need to cope with the challenges of the current Century, but this is perhaps one of the most important. Especially trying to spot it in ourselves. Paradoxically, we already seem reasonably able to spot it in our politicians.

There are some more high profile examples obviously, but here’s Amber Rudd while Secretary of State for Work and Pensions last year peddling the nonsense that people will simply swap out their current drudgery for creative work, taking up painting and learning the ukulele when their jobs are eroded by automation. This is complete piffle and we need to have a far more grown up and sophisticated conversation about what it all means and leave behind the apex fallacy of the ‘21st Century Worker’.

This is the kind of thinking that helps to put the cult into culture, an idea explored in this piece in the Harvard Business Review. The authors highlight how firms can find themselves on the wrong side of the fine line between having an engaged workforce and one that has bought into some very peculiar ideas indeed. It outlines the warning signs of language, ritual, workplace environment and management practice that can identify an organisation that is about to lose its way and a group of people who have lost sight of the distinctions between their identity, family and employer.

Red flags should go up when there are too many pep talks, slogans, special lingo, podcasts, YouTube clips, motivational team-building activities, and sing-songs. Any time there’s a potential for people to feel excluded for how they think or feel, the organization has entered cult territory. And ultimately that will be bad for business. The rigidity of cult behavior stifles innovation, thereby endangering the company’s future.

Such behaviour is also prone to be focussed on the needs of younger workers. It is still evident in workplace and product designs that can disregard the needs of older workers, even while the average age of the workforce is increasing. Don Norman, author of The Design of Everyday Things addresses the issue in this Fast Company piece highlighting how even such basic issues as changes in hearing, vision and mobility are routinely overlooked by designers, including those most lauded within the design sector.

Today, Apple’s products violate all the fundamental rules of design for understanding and usability

Take the screen design for Apple’s phones. The designers at Apple apparently believe that text is ugly, so it should either be eliminated entirely or made as invisible as possible. Bruce Tognazzini and I, both former employees of Apple, wrote a long article on Apple’s usability sins ,which has been read by hundreds of thousands of people. Once Apple products could be used without ever reading a manual. Today, Apple’s products violate all the fundamental rules of design for understanding and usability, many of which Tognazzini and I had helped develop. As a result, even a manual is not enough: all the arbitrary gestures that control tablets, phones, and computers have to be memorized. Everything has to be memorized.

The dehumanising effects of technology go beyond the poor design of its products, of course. A recent presentation from Tristan Harris of the Centre for Humane Technology makes the case for a different approach, more focussed on creating tech to meet the needs of humans rather than humans having to adapt to tech. As Harris points out in his presentation, technology plays on embedded Palaeolithic impulses to get us to behave in specific ways while at the same time demanding that we adapt to it.

The result is the toxic relationship we now have with technology and it has to change. In part, this will mean jettisoning the mysteriously revived idea of people as a blank slate. It’s a principle that has crept back into mainstream political and social thought for a variety of reasons, and I suspect it is also behind many of the most misleading notions about workplace design; that some element or characteristic of a working environment will lead to a specific outcome.

This flies in the face of all we know about people and the structures they create for themselves. We know from evolutionary biology that both the brain and the body have been shaped by millions of years of environmental forces. We need a greater awareness of basic biology so we can apply its principles to the environments we create for the primates working within them.

One starting point might be a book called Blueprint: The Evolutionary Origins of a Good Society by Nicholas A Christakis which is a wide ranging look at how people and their societies and environments are shaped by innate characteristics. We are hardware as well as software, in other words. Designers ignore this at their peril, especially when it comes to such basic needs as the air we breathe.

This point is also routinely neglected in conversations about technology in the workplace, such as this LinkedIn piece which works almost entirely on the assumption that people will adapt to their tech environment. You can build it, but they still may not come.