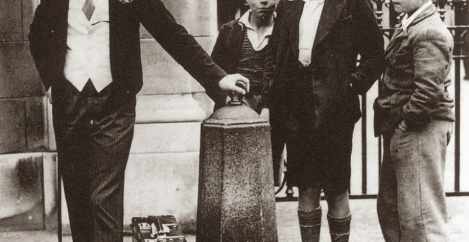 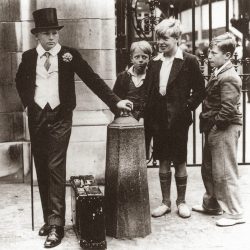 A new poll claims to highlight the need to tackle classism at work, with 57 percent of employees witnessing discrimination or a lack of inclusivity in the last year alone. A third of UK employees say classism is active in their workplace, according to the 2022 Diversity & Inclusion in the Workplace Report from Wildgoose. The report is based on a survey of employees from 133 UK workplaces. It asked if their workplace is an inclusive environment, what areas of diversity their organisation could improve upon, and whether they have experienced discrimination or inequality in the workplace.

The report claims that the likelihood of experiencing classism at work differs depending on where you are in the UK: half (50 percent) of employees working at Scottish companies identified classism as a key issue. This falls to 44 percent of employees in London, and 40 percent in the North East.

These findings follow recent research by Queen Mary University, which found that a quarter (25 percent) of UK workers had been mocked, criticised or singled out for their accent. The rate rose even higher to 29 percent among senior managers from working class backgrounds.

Classism can take the everyday form of mocking accents, or can have career-long impacts for employees: such as being underpaid compared to colleagues, or halting progression into top jobs. It’s estimated that working class people in the UK earn, on average, £6,800 per year (around 17 percent) less than their middle-class colleagues in elite sectors like finance, medicine and law.

Classism has become a more prevalent issue since 2019. When employees were asked what areas of diversity their company could improve upon three years ago, socio-economic diversity ranked below disability discrimination, ageism and sexism as an area of concern.

The latest survey also claims that for 73 percent of employees discriminated against (for any reason), the problem wasn’t dealt with by the company.

Commenting on the findings, Wildgoose managing director Jonny Edser states: “It’s quite shocking to discover that classism exists in more than half of the UK’s workplaces. That’s a lot of businesses where people are disadvantaged because of their background. With a potential recession around the corner, businesses will be looking to optimise performance as much as possible. One way to do this is by making sure they’re a meritocracy, where people can make the most of their abilities and rise regardless of their background. By combating discrimination, they’ll also be creating a more harmonious working environment and higher job satisfaction.”

“With so many workplaces suffering from class divisions, it’s important that companies make efforts to bring their people together. We know how effective social activities can be in forming bonds between colleagues and creating a level playing field. And that has to be the aim: to make employees realise they’re all equal.”

The workplace circus continues to entertain, but back in the real world… The ethics of AI, liveable cities, unf*cking work and how the office needs to be more like your home…