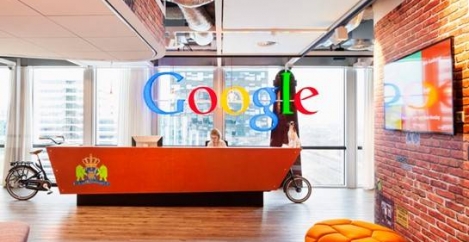 Your happiness at work is not just down to your employer

When Google promoted a software engineer named Chade-Meng Tan to the role of “Jolly Good Fellow”, his career – and the entire culture of Silicon Valley – took a sharp turn. Meng, a cheerful employee valued for his motivational qualities, went from developing mobile search tools to spreading happiness across the organisation. Happiness became his job. Google wasn’t the first to hire someone with the sole remit of enforcing employee contentment. In 1999, when Google was still a start-up, French fashion brand Kiabi hired Christine Jutard as its chief happiness officer. She was one of the first to perform the role. But once Google did it, happiness at work became a key metric and other organisations quickly adopted their approach. Three years after Meng’s appointment, fast food giant McDonald’s even promoted Ronald McDonald from brand mascot to CHO.

The role remains popular today. There are more than 1,000 chief happiness officers listed on jobs website LinkedIn. But a closer look at what really makes employees happy shows that lots of companies are going about it the wrong way.

The right kind of investment 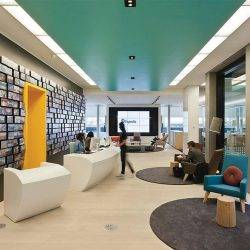 The secondary benefit is that happy employees don’t look to jump ship. This cuts recruitment costs, further increasing profits. So most organisations investing heavily in fostering a happiness culture think they see a good return on investment.

Expedia, for example, an office full of perks and provides up to US$14,000 per year, per person, in travel perks, to keep people happy. Other firms offer unlimited vacations, free food, even office toys to keep the happiness levels high.

But the answer to happiness at work is not in the form of bean bags and ping-pong tables. As the Expedia example shows, it is the company’s “culture” and “career opportunities” that have made it one of the UK’s most popular places to work – not the physical surroundings.

There is a real difference between happiness gimmicks and working in a wellbeing culture – one that values people, manages them by praise and reward rather than fault-finding, and that enables them to work flexibly and provides them with work-life balance. Research shows that these are the real keys to happiness.

A 2017 study of start-up businesses found that 57% had at least one member who worked remotely, either from home or wherever they happened to want to work. Companies surveyed said this was a logistical choice. The best person for the job might not have been local to begin with and offices only have so much space.

But there’s an added benefit here: the implied trust and autonomy of allowing staff to work remotely may contribute more to their happiness than dragging them into an office stocked with free coffee and fruit.

Expedia’s fun office design is not the source of employee happiness. Expedia

As John Ruskin, the British reformer, said in 1851 “in order that people may be happy at work, these three things are needed: they must be fit for it, they must not do too much of it, and they must have a sense of success in it”.

Research shows that employee happiness is also determined by their personalities. In a large study of 3,200 employees from a variety of organisations and sectors, carried out by Robertson Cooper Ltd, a workplace wellbeing consultancy that we set up, we found that certain personality types experienced more “good days at work” than other types.

We discovered that employees who scored highly on positive emotions and enthusiasm, lower on depressive tendencies like sadness, hopelessness and loneliness and those who “begin tasks and carry them through” have the highest number of good days at work.

If you combine these three personality characteristics, those who had all three had 79% of “good days at work”, whereas those who had low scores on these only had 57% of good days. This, in turn, translates into higher job satisfaction, better health and higher productivity.

The implications here is that employers should try and recruit people with these characteristics but, of course, some people who lack some of these characteristics may have key skills that are even more important. And, even if you do recruit with happiness traits in mind, being content at work will to a larger extent depend on the workplace culture that truly values staff, trusts them, manages them humanely and compassionately and provides them with greater balance in their lives.

In our recent book Wellbeing: Productivity and Happiness at Work, case studies of major employers – including Rolls Royce, BT, John Lewis Partnership, Network Rail and the UK Civil Service – shows how this kind of wellbeing culture boosts the bottom line.

Contentment and happiness at work is not about sushi for lunch and massages at your desk, it is about how bosses treat those that work for them. As Mark Twain once wrote: “Keep away from people who try to belittle your ambitions. Small people do that, but the really great make you feel that you, too, can somehow become great.”