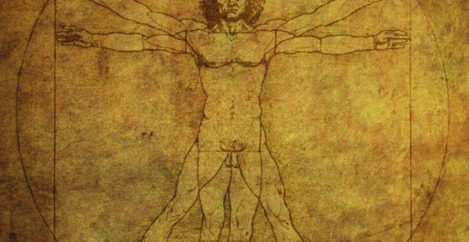 It’s been talked about for a number of years now but we can expect to be hearing a lot more about the four day week or six hour day soon. The modern conversation has its roots partly in a Swedish experiment designed to limit the hours people work in an attempt to improve their work-life balance and possibly even increase their productivity. Now a growing number of firms are looking to introduce a nominal four day working week or restrict the use of technology – meaning email – outside of certain hours.

These are always commendable goals and you can see the logic. We know people find it increasingly hard to switch off, we know that this is bad for them and we know that long hours don’t necessarily equate to greater productivity, wherever people happen to be working.

But we’ve been talking about the benefits of working fewer hours for a century, while travelling in the opposite direction. As long ago as 1930, the economist John Maynard Keynes was addressing the issue in an essay called Economic Possibilities for our Grandchildren. Although sharing his thoughts to the backdrop of the Great Depression, Keynes put forward the idea that capitalism could deliver a 15-hour working week for the majority and the possibility of a world in which drudgery was replaced by leisure.

We’ve been talking about the benefits of working fewer hours for a century, while travelling in the opposite direction

His premise was based on an extrapolation of the wealth creating potential of technology. In the essay he notes that the age of technological innovation that began in the 18th Century had materially improved the living standards of the majority of people for the first time in two millennia, even while the world’s population increased as a result of better nutrition and medicine.

He predicted that by 2030, living standards in advanced capitalist countries would be “between four and eight times as high” as they were in 1930 and that the grandchildren of his readers would be working five shifts of three hours each week without any consequence for their living standards.

“For the first time since his creation man will be faced with his real, his permanent problem – how to use his freedom from pressing economic cares, how to occupy the leisure which science and compound interest will have won for him, to live wisely and agreeably and well”, he wrote. “The love of money as a possession – as distinguished from the love of money as a means to the enjoyments and realities of life – will be recognised for what it is, a somewhat disgusting morbidity, one of those semi-criminal, semi-pathological propensities which one hands over with a shudder to the specialists in mental health.”

The problem is that the very idea of a six hour day is rooted in the same command and control thinking routinely derided by the very people pushing for a new era of fixed hours. Indeed, you could achieve a six hour day simply by telling people to work a strict 9 to 5 and remember to take their full lunch hour and a couple of proper breaks. The whole idea is a slight return to what went before, dressed up in radical clothing. The current conversations about working from home frequently ignore this paradox.

It assumes that there is a correlation between time, location and output and we know that simply isn’t true for a great many people. The most productive part of the day might be the time they spend on a train. The most creative time might be spent out walking the dog. The best outcomes from a meeting may arise in the ten minutes of chat before it takes place. These are the new realities and  they have little or nothing to do with the idea of a fixed working day. This can make the notion of a four day week or six hour day conservative rather than progressive. We should be wary of working from home narratives centred on productivity as measured by the times of work and completed tasks.

Of course, it’s human nature  to look for prescribed and designed solutions for problems when often the answer already exists but requires a change of behaviour or culture to come into effect. For example, many devices have some form of night or bed mode, to reduce the temptation to browse or reply to emails before sleeping and when first waking, and to reduce the amount of light people offer up to their retinas at the wrong time of day. This misses the fact that the function is already pre-installed on all devices. It’s called the off switch. The problem is that people don’t use it enough and so this is something that can only be solved by management, not design. And it has nothing to do with the location of work.

Leonardo da Vinci once proclaimed that a piece of art was never finished, but merely abandoned. For the majority of people that is now the ultimate outcome of each day at work. There is always something else they could do and there is always a tool to hand which would allow them to do it. There are some days when they should pick up those tools and carry on and some days when they shouldn’t. Wisdom lies in knowing the difference. The answer also lies in the creation of  a culture that offers people the freedom to decide for themselves when to down tools and let the day be.

Self-employment is great for wellbeing, not so great for the bank balance People feel guilty about taking time for lunch, even when working from home