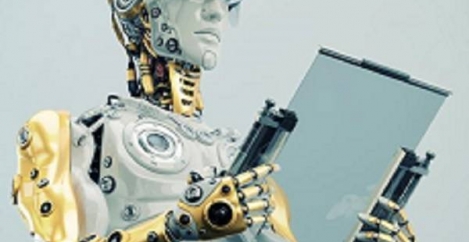 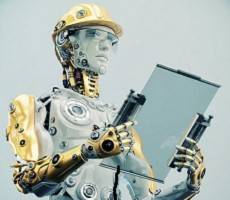 The effects of robotics on workers’ and managers’ motivation and wellbeing are not widely known, meaning psychosocial factors related to robotics will require more attention in the field of safety and health. This is just one of the conclusions of a new discussion paper – drawn up by EU-OSHA (European Agency for Safety and Health at Work) on the influence of robotics on the future of work. While the use of robots in a complementary role would be the least challenging for society, economic and productivity pressures are likely to result instead in a substitution approach, whereby individuals and groups are replaced in their jobs by robotics and automation. Fewer workers will be needed for jobs that are routine or have clearly definable tasks, as they will be done instead by industrial and service robots. A result of this technical change will be a relative increase in the demand for highly educated workers and a reduced demand for less educated workers traditionally carrying out jobs consisting of routine cognitive and manual tasks.

The paper states: “This complementarity – substitutability dilemma and the balance between job conservation and technology-driven unemployment is a challenging issue for policy-makers, business and the wider civil society.”

The implications of how robotics will change the worldwide labour market, economy and society will raise difficult social and political issues, it states. Yet the discussion of intelligent machines and the impact of robotics and ubiquitous technology on society, economy and employment has been rather passive up to now, and there have been few well-structured ideas elaborated on how far a robotised and automated society can be developed.

As the paper explains – earlier fears such as those espoused by the Luddite movement during the industrial revolution – that developing technology could replace a large proportion of human labour and lead to permanent structural unemployment, has been proved wrong time and again. In fact, technological progress has generally meant an increase in wealth and more jobs, at least in the long term and new technology and scientific inventions have generally been seen very positively.

However, the new era of robotics and artificial intelligence may represent change on a scale not experienced before; and under this scenario the possible impact on employment, job destruction and the economy has been discussed very little.

The paper concludes that: “There is a general consensus that change is speeding up and that the future will become unfamiliar to us at a faster pace, especially in the field of robotics and AI where new inventions and innovations are introduced almost every week. Some of the benefits of these advances are enhanced health, convenience, productivity, safety, and more useful data, information and knowledge for people and organizations. The potential downsides are challenges to personal privacy and data protection, over-hyped expectations and increasing technological complexity.”