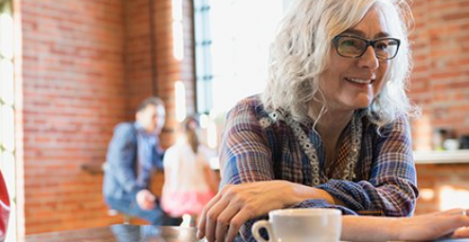 Age discrimination impacts job prospects of millions of over 50s 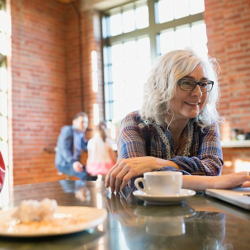 A total of 2.99 million recent job seekers over 50 (52 percent) believe their age has made employers less likely to hire them, according to a new report from Legal & General Retail Retirement (LGRR) and the Centre for Economics and Business Research (Cebr).

The ‘Working Late: Over 50s and employment’ report (full report available later this year) claims that 46 percent of job seekers aged 50 – 59, and 64 percent of job seekers aged 60 – 69 felt their age put them at a significant disadvantage when looking for jobs. These findings come during the ninth annual National Inclusion Week, designed to celebrate everyday inclusion in all its forms.

In addition to finding age to be a barrier in their job search, other common experiences facing over 50s included feeling overqualified for the jobs they identified (37 percent), believing their skills did not meet the standards required in today’s workplace (35 percent) and encountering unsuitable hours and a lack of flexibility in working hours or location (33 percent). Over 50s seeking employment also claim poor health (17 percent) and caring responsibilities (9 percent) adversely affected their job search, especially when these were not accommodated for by potential employers.

Finally, over 50s were asked to describe circumstances in which they believe their age made employers less likely to hire them. Most frequently, over 50s noted a lack of invites to interview (22 percent of those who think their age made employers less likely to hire them) and, for those who were interviewed, receiving rejections (16 percent). Actual or perceived closeness to retirement was also stated as a reason that employers were less likely to hire them (11 percent), as well as actual or perceived generational skills gap (8 percent). Less frequently, respondents noted that some job offers have implicit or explicit age restrictions biased toward younger workers, and that they have found the ‘cultural fit’ emphasised by businesses to be exclusionary. A final common theme identified in the responses was the perception that businesses can hire younger workers more cheaply.

Motivations for finding work over 50

In terms of driving factors for why over 50s were searching for a job, 29 percent stated it was wholly financial, whereas 26 percent stated that their search was driven entirely by other aspects, including life satisfaction as well as social and mental health benefits. The majority of respondents stated their motivations were equally financial and non-financial, an issue that did not differ within age subgroups.

On the other side of the scale, only 20 percent of over 50 job seekers in Wales felt that there were insufficient appropriate job opportunities in their area. The findings for London (29 percent) and the North West (28 percent) were also below the national average. 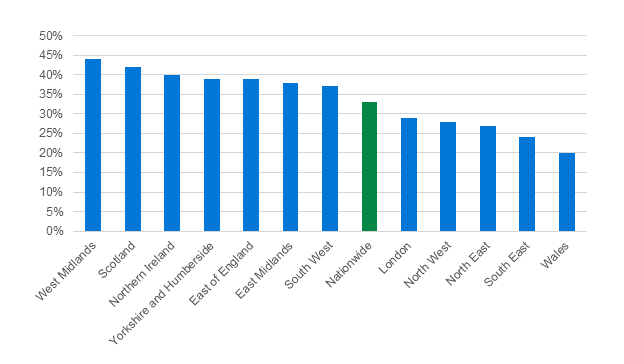 Graph: Percentage of over 50s seeking work in the past five years that feel there were insufficient job opportunities in their area that match their skills or experience, by area

“Despite age being a legally protected characteristic, discrimination on these grounds is all too common”

Andrew Kail, CEO, Legal & General Retail Retirement said; “The number of job seekers in their 50s and 60s who believe they are not finding work because they are ‘overqualified’, too close to ‘retirement age’ or more expensive shows how difficult the recruitment landscape is for those wanting to get back into work or stay in work longer. With the state pension age rising to 68, and the prospect of planning for an income well into our 90s, many older workers simply can’t afford to retire. It’s therefore vital that we move towards a job market in which older people are not overlooked.”

Stuart Lewis, Founder of Rest Less, commented: “We hear from our members on a daily basis about the challenges they face when it comes to age discrimination. Despite age being a legally protected characteristic, discrimination on these grounds is all too common.”