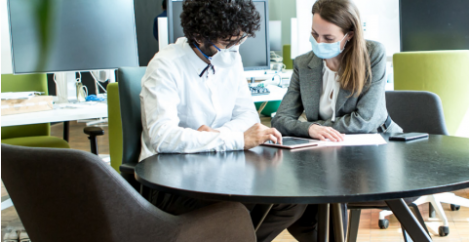 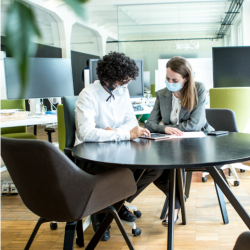 LifeWorks has released its monthly Mental Health Index report, highlighting a negative mental-health score among Britons for the 17th consecutive month. The report findings highlight an overall mental-health score of -10.7 compared to the pre-pandemic benchmark, reaching its highest point since the launch of the index in April 2020.

In the latest survey, 71 percent of respondents indicated that prior to the pandemic, they felt a sense of belonging and acceptance at work, but only 63 percent felt the same during the past month.

Meanwhile, 28 percent of respondents indicated that before the pandemic, they were unsure or did not feel a sense of belonging, compared to 37 percent feeling the same during the past month. This trend is seen across all age groups, however, the proportion of employees who report feeling a sense of belonging and acceptance at work increases with older age groups.

A sense of belonging

The majority of employees (66 percent) who are working at a jobsite feel a greater sense of belonging and acceptance at work than those who work from home or in hybrid workplace. The 63 percent of respondents who felt a sense of belonging and acceptance at work during the past month, had the highest mental-health score (-3.2) and the best isolation score (-2.6) compared to those who were unsure or did not feel the same way.

Comments from managing director, United Kingdom and Europe, Philip Mullen; “The virtual working environment that has become the reality for many Britons over the past year has pushed employees to be more proactive in seeking collaboration with colleagues. While many employees are eager to return to the physical workplace or adopt a hybrid model to regain in-person connections with colleagues, isolation will take on new meaning for others that aren’t provided with the same opportunity due to location or balancing at-home responsibilities. To avoid a divide between those working remotely and those operating from the physical jobsite, employers should build an inclusive culture and sustain employee motivation by creating an accepting and collaborative environment for all.”

Fifty-five percent of parents report working when feeling unwell at least one day per week, compared to 42 percent of non-parents. Additionally, respondents who have a mental-health score of -40 or lower, are estimated to have a productivity loss of 27 percent, compared to those with a mental-health score of +10 or more with a productivity loss of 11 percent.

Comments from global leader and senior vice president, research and total wellbeing, Paula Allen; “Productivity has been one of the core focus areas for British employers throughout the pandemic. At the outset, many employers expressed concerns over employees’ ability to remain productive while working in a remote setting. While this assumption has been ruled out in most workplaces, with employees demonstrating increased productivity while working remotely, our research demonstrates that a significant proportion of employees are sacrificing their own wellbeing in order to do so. This can have detrimental long-term physical and mental-health effects, and it’s critical that employers build a positive culture that mitigates burnout and supports employee wellbeing.”