All professions tend to wallow in a mire of their own existential angst, perpetually complaining that they are misunderstood, undervalued and misrepresented. But any members of the human resources, facilities management or other professions which come across as habitually concerned about their role, public image, direction or esteem in which they are held might want to contrast their situation with that of the UK’s architects. This is a profession that wrestles not only with the common professional gripes, but also with what it perceives as a fall from public grace coupled with falling fees and complete disdain for what muggles – non-architectural folk – think. And all in a country in which literally anybody is allowed to design buildings.

Some of the most familiar refrains are summed up in this feature by Sam Jacobs. In a nutshell, architects have lost their prominence and significance, often reduced to mechanically making manifest the formulas foisted on them by developers and occupiers. But they are also conservative, insular and morbidly obsessed with their role and the lack of regard in which they can be held and need to forget about all of this to redefine their role for a changed modern world. 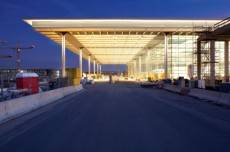 Yet while they may lack the star status they once held in the 20th Century and still crave, architects can retain some of their figurehead status for big projects, which then make them the primary targets when things go wrong but anonymous when things go right. That is one of the core points raised in this interview in Der Spiegel in which three of the country’s prominent architects discuss how they have been held responsible for several high profile building debacles in Germany.

They are also predisposed, as are all professions, to fighting like cats in a bag. In fact they are doing it right now with the spat between RIBA and the Architects Registration Board about the removal of 6 percent of the UK’s  architects from the latter’s register for not paying fees on time. As tends to happen, this particular row has brought a lot of old grievances out into the open, including RIBA’s own desire to control the register, the perceived lack of protection for the profession from a body that only guards the word ‘architect’ but allows those without formal training to use words like architecture and architectural as they win business that proper architects should be doing and for which they could be charging more.

Such complaints are fair enough but there are others that can come across as less reasonable. There is certainly a propensity for architects to react badly when they hear the opinions of muggles. The most high profile examples of this involve Lord Rogers’ struggle to contain his anger and frustration at the interventions of Prince Charles in the world of architecture which date back at least to 1987.  Three years after he delivered his famous speech denouncing one particular piece of architecture as a ‘monstrous carbuncle’, Prince Charles turned his attention to Rogers who was in line to rebuild Paternoster Square in the City of London but, crucially, adjacent to St Paul’s Cathedral. “You have to give this much to the Luftwaffe,” Charles said in a speech at Mansion House. “When it knocked down our buildings, it didn’t replace them with anything more offensive than rubble.”

It’s a fight that has continued on and off for many years, most recently with regard the Chelsea Barracks development. Rogers’ frustration at all of this is understandable because the Prince wields influence and, according to Rogers, power in determining what gets built.

Less understandable but frequently evident is that architects feel they should be the only people with an opinion on architecture. This was certainly the case when Terry Farrell chaired last year’s architectural policy review. And it was also apparent in the midst of Lord Roger’s public row with Prince Charles about the Chelsea Barracks scheme. “Are we going to have royalty dictating to us modern art? Are we going to have royalty dictating their taste in music? No, because they’re not experts in any of those fields,” said Rogers, giving the game away.

This tendency for architects to argue that they are the only people qualified and able to hold an opinion about buildings has a long history and it has helped to define public perceptions of them for many years. It is one of the main elements in one of the cornerstones of American literature, The Fountainhead by Ayn Rand in which an architect decides he would rather remain true to his value in obscurity than compromise by satisfying what the public wants from building design. At one point he decides he would rather blow up a building that he believes does not adhere to his vision than ‘let it exist’, raising the question of whether he is trying to please himself or his clients and the public.

This question is unresolved to this day, however unlikely it is that an architect may blow up their own creations rather than advise their client to ‘plant vines’. The idea was addressed in a feature a couple of weeks ago in the Architects Journal in which the author bemoans the experience of dealing with uninformed or (worse) partially informed clients and calls for a code of practice for clients as well as the one that already exists for architects. As far as I know, no other creatives with the possible exception of artists routinely express such disdain for their own customers, regardless of whether they are right or wrong.

This is the underlying tension of the creative professions including architecture. Who gets to decide what is good or real or wanted? The writer Kurt Vonnegut, himself the son of an architect (who had advised his son in a letter: “be anything but an architect”) compared architecture’s role with that of other forms of artistic endeavour when he wrote: