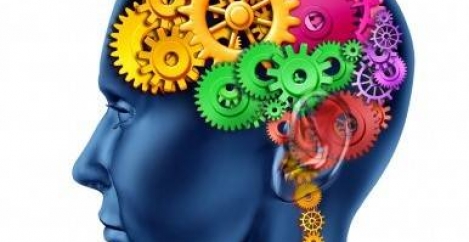 Automation will lead to greater inequality rather than job losses 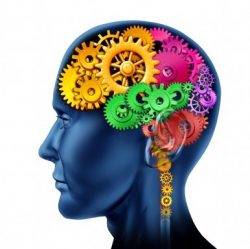 The total level of wages associated with jobs that have the technical potential to be automated in the UK is £290 billion per year, which represents 33 percent of all wages and earnings from labour in the economy, according to a new report published by IPPR  for the IPPR Commission on Economic Justice. The report further claims that low-wage jobs have more potential to be automated than high-wage jobs and so it’s not just automation’s impact on the number of jobs that need to be considered but the impact on inequality. If automation leads to lower average wages or working hours, or loss of jobs in aggregate, a significant amount of national income could be transferred from wages to profits. And while increased automation of activities will replace some workers and labour earnings, employment and wages will rise in other areas of the labour market due to higher output and productivity, offsetting some of the original £290 billion lost but increasing pay inequality.

The report calls for government to manage a fair acceleration of automation, so that the benefits and threats to future labour market are shared. Without effective management from the government inequality is likely to increase because of unequal ownership of capital and highly-skilled workers being able to command higher wages and better jobs 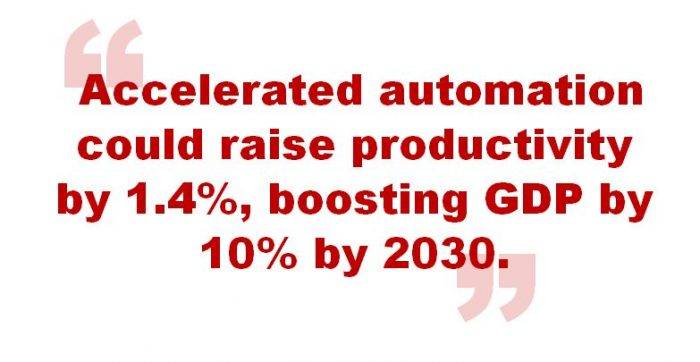 The report highlights that, despite fears, we are not on the cusp of a ‘post-human’ economy and that automation could produce significant productivity gains that will reshape specific sectors and occupations. Most jobs will likely be reallocated rather than eliminated, economic output will increase, and new sources of wealth will be created. And so the biggest challenge that automation brings will be in the fair distribution of its rewards.

The analysis shows that if the benefits of automation are fairly shared the automation can be a key part of building an economy where prosperity is underpinned by justice. But if automation is managed poorly, automation could create a ‘paradox of plenty’: society would be far richer in aggregate, but, for many individuals and communities, technological change could reinforce inequalities of power and reward.

There will also be winners and losers, depending on where people live, their gender and ethnicity. While 39% of jobs in London have high technical potential for automation, 48% of jobs in the North East and Northern Ireland do.

Not only is managing automation important for the way in which the benefits and impacts are distribution but it is needed to reap the full productivity benefits, which in turn will enable higher wages. Due to the UK’s low investment rates, poor management practices, and long tail of low-wage, low-productivity firms, it is the relative absence of robots in the UK economy, not their imminent rise, which is the biggest challenge. But if managed effectively automation can deliver a powerful boost to UK productivity. An accelerated trajectory of automation could raise productivity growth by between 0.8 to 1.4% annually, boosting GDP by 10% by 2030.

Mathew Lawrence, IPPR Senior Research Fellow said: “Despite the rhetoric of the rise of the robots, machines aren’t about to take all our jobs. While technological change will reshape how we work and what we do, it won’t eliminate employment. A bigger challenge is arguably the effect of automation on inequality in the UK. Managed badly, the benefits of automation could be narrowly concentrated, benefitting those who own capital and highly skilled workers. Inequality would spiral. Managed well though, with a strategy to increase adoption of technologies in the everyday economy and new models of ownership to spread the benefits, automation could help create a future of shared economic plenty.”