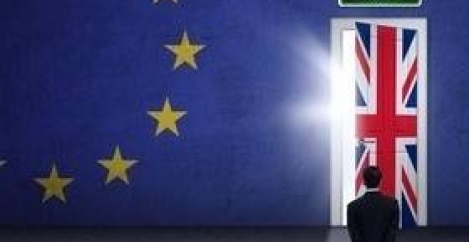 With the UK facing at best, very slow growth, or even shrinkage, of the working population, future changes to migration levels into the UK due to Brexit could exacerbate the financial stresses and strains caused by the UK’s aging workforce. This is according to the Mercer Workforce Monitor™ which claims that companies will need to invest heavily in automation, sectors of society historically under-represented in the workforce and look at ways of increasing productivity. According to the analysis, since 2013, the levels of EU and non-EU born immigration into the UK workforce has filled a gap left by the aging of the nation’s UK-born workforce which sees more in this group leave the workforce – through retirement, emigration or death – than enter it. National growth is closely linked to workforce growth; so reducing its future size would create major headwinds for the UK economy and since another 3.4 million people will reach the age of 65 in 2030; unless the UK decides to make drastic changes to the funding of pensions, health and social care, this smaller working population will be required to proportionally spend more of their income to care for their older citizens.

According to Gary Simmons, Partner at Mercer, “Both the government and businesses have a Herculean task ahead of them in determining how we respond to the changing shape of our society. We hope that our modelling is a wake-up call to the business community.

“There is a tremendous opportunity for far-sighted organisations to begin determining and implementing clear plans in response. If they do not act now, they could potentially find they do not have their share of the people and skills they need in future. The solution lies in analysis, automation and accessibility. Companies should analyse and understand the make-up of their workforce.

“They should look to increase retention of current staff and be accessible: employing sectors of UK society that might be under-represented in the workforce – women, disabled, the long-term unemployed. They should also be investing heavily in automation where possible as well as improving employee productivity, through training and skills.”

Using official workforce and demographic data from the Organisation for Economic Co-operation and Development (OECD), the Office for National Statistics (ONS), the OBR, the Bank of England, the Migration Observatory and Nomis, Mercer modelled four scenarios: ‘No change’, a net migration limit of 100,000 per year (a mirroring of stated government policy) , a net migration limit of 40,000 per year (mirroring an often-quoted migration target of ‘thousands’) and the so-called Great EU Re-migration. Mercer modelled both the size of the overall population and the number of the available workforce split into three groups, UK-born, EU-born and Non-EU born.

In this scenario, the modelling anticipates no change to the government’s expectation that migration drops from the current 335,000 per year to 185,000 by 2020 and thereafter. In this scenario, the total population increases 5.5 million from 65.7 million in 2016 to 71.2 in 2030 with the workforce increasing by 1.7 million from 33.4 million to 35.1 million over the same period. While the least dramatic scenario, it’s worth noting that there are already skill shortages in many industries. Engineering UK, for example, states that the industry is suffering a workforce shortage.

In this scenario, the workforce increases by 1 million workers from 33.4 million in 2016 to 34.4 million in 2030.  The overall population increases by 4.5 million from 65.7 million to 70.2 million meaning that fewer workers are supporting a larger population with related pressures placed on pensions and healthcare funding and compounding current skills shortages and demographic pressures. For example, according to a 2015 report by the BMA, 1 in 3 doctors are considering retirement by 2020.

This scenario results in dramatic headwinds. The working population increases by 400,000 from a 2016 base of 33.4 million to 33.8 million in 2030. The total population grows by 3.7 million over the same period from 65.7 million to 69.4 million. In this scenario, the UK experiences an acute skills shortage and government revenues come from fewer workers and are needed to support more people. For example, according to HSCIC, around 18% of NHS staff in England & Wales, including over 1/4 doctors, are non-UK nationals. The AHDB sates that EU migrants alone (i.e. excluding seasonal workers) make up over 20% of the agricultural workforce with the NFU in 2015 predicting labour shortages in the sector.

This scenario envisages an outflow of EU-born and Non-EU born workers caused by an unwelcome social environment in the UK. This is combined with a net outflow of UK-born workers too (a group, which according to the Bank of England, historically have left the UK in higher numbers than return since records began in 1964). The UK’s working population shrinks by 700,000 to 32.6 million while the overall population increases by 2.3 million from 65.7 million to 70.2 million. The inability of certain sectors of the UK economy to fill roles could be dramatic. For example, according to the Campaign for Science and Engineering, a ¼ of academic staff in UK universities are non-UK nationals.

“The UK has made a decision and we now need to respond to it as best we can,” said Julia Howes, specialist in workforce analytics at Mercer. “The big question for society is how we handle the ratio of young to old.  As with Japan, we’re asking fewer workers to fund the pensions and healthcare of an increasingly large older generation – and look after their own future as well. This will create a very different world and all of us – individuals, governments and organisations need a plan of action”.