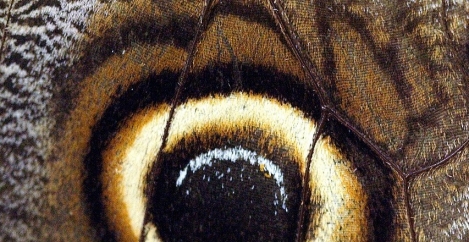 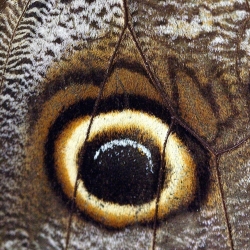 At a time when we aren’t generally supposed to get within two metres of each other, depending on what the rules happen to be today (or part day), there’s a lot of embracing going on. Almost in some quarters as though it’s a resigned acceptance. You know the curve, with the part at the end where having denied it, got angry then depressed and reluctantly bargained with it, we finally get on with it. Which of course isn’t how anything happens at all. But that’s what us dedicate followers of Covid-era fashion are supposedly doing: embracing change.

Of course, we’ve always been embracing change. Or rather, it has been enveloping us, coursing through our veins. That’s because change is our essence. We are forever growing and shedding, until we are no more – and then what was us becomes something else. Without our innate, relentless pursuit of change, we wouldn’t have got much further than the end of the Olduvai Gorge. And all those books that inform us we’re hard–wired to resist change wouldn’t have been written. Now there’s an evolutionary irony.

It’s just that in the situation in which we presently find ourselves, many aspects of our lives have been bent out of recognisable shape – family, social, leisure, sport, work – and of course the dear old office. We can deny that it’s happened, or work with it; see the risk, or explore the potential. Which means, from our standing start getting it sensationally right or hopelessly wrong are equally possible.

When we contemplate the entire property and workplace industry, it’s been sculpted around the creation and perpetuation of static realities. We design and construct buildings to last fifty years or more and lease them a mere two or three times into their mature years. “Frozen music” Goethe called architecture. That was before the climate emergency, of course. We then design and fit-out interiors for a five to ten-year life, relying on workplace strategies that encompass every measure necessary to avoid further intervention. Whenever we use the word ‘dynamic’ we’re usually referring to people wandering around within, trying to find their team who aren’t where they were yesterday.

When we think about how corporations work, they’re designed to stop things happening. They’re built on driving out risk, steamrolling uncertainty. They make sure no-one can take decisions or spend any money or commit to anything useful or interesting. The screws of governance have been tightened until threaded. It’s institutionalised friction. Whenever we use the word ‘dynamic’ in this regard we’re usually referring to a new CEO reversing everything the last CEO did until they get moved after a couple of years.

In these circles in the past we’ve talked about brave new roles – Chief Workplace Officer or Head of Work, for example – as possible liberators, able to draw together disparate, siloed threads and transform work for the better. But they’re just more cogs to be ground in political manoeuvres in a model that has its roots in the industrial revolution. Unless organisations change systemically, we’ll just be adding more gloop. We may as well have a Chief Whatever Officer.

‘Embracing change’ makes it feel and appear as though we’re facing up to inevitability, accepting situations we’ve played no part in bringing about. It implies acquiescence. But who’s doing all the creating? What we can do is see the opportunity in the mist that engulfs us. Try stuff. Make things happen. Test. Adjust. Try again. If it works, develop it until it doesn’t. If it doesn’t work, do something different. Everyone’s watching, and we’re part of the everyone. Seeing the opportunity in a future that is truly ‘dynamic’ often means working against almost everything we interact with, everything we’re part of. We have to stop using the word as a cake decoration and see it for what it is – a way of living and working, contributing to outcomes that are fluid, evolving, never finished.

We’re all a work in progress. What an opportunity.

This piece first appeared in the latest issue of IN Magazine. Neil’s new book Elemental Change is published by LID Business Media, available now from Hive and Amazon (but try to buy it in a bookshop if you can). Main image by Ian Lindsay

Maternity leave causes women to lose out on £3.2 billion One in eight firms already use software to monitor remote workers