One in eight firms already use software to monitor remote workers 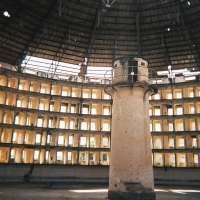 A large number of British companies companies say they plan to install monitoring software of some kind to keep an eye on employees working from home, according to a new survey. Around 20 percent of employers said their firms have either implemented, or plan to implement, online software which monitors their remote workers.

It comes as millions of Brits have been working at home through the pandemic, as the Government advised companies to ensure that workers did not need to come to the office in a bid to slow the spread of the coronavirus.

The YouGov survey, commissioned by Skillcast, claims that firms with more than 250 employees were slightly more likely to say they have implemented such software. Around 16 percent of larger firms, and 12 percent of firms overall, have installed the software. The survey found that 8 percent plan to implement the programmes to track staff, and 6 percent are in the process of considering it.

Even so, six in 10 decision-makers at companies say that remote working has not made staff compliance any more difficult, while 67 percent said that it had not led to costly communication errors.

They also think that the pandemic has made staff more loyal, with 46 percent believing employees are less likely to leave their jobs.