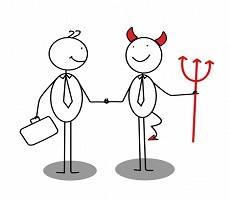 Further evidence has been published this week that maintains the use of zero-hours contracts is not the evil employment practise portrayed by the media. According to new research by the CIPD, the use of zero-hours contracts in the UK economy has been underestimated, oversimplified and unfairly demonised. The survey of more than 2,500 workers found that zero-hours workers are just as satisfied with their job as the average UK employee, and more likely to be happy with their work-life balance than other workers. The CIPD has also published new guidance, in collaboration with law firm Lewis Silkin, to help tackle poor practice highlighted in the research, such as the poor level of understanding about employment rights among many employers and zero-hours workers.

The CIPD finds that where zero-hours contracts are being used for the right reasons and people on these types of arrangements are managed in the right way, they are providing flexibility that works for both organisations and individuals.

It advises that efforts to address poor practice should be focused on improving employer understanding of how to use these contracts responsibly and within the law, rather than on attempts to restrict their use through regulation.

The survey confirms there are approximately one million people (3.1% of the UK workforce) employed on zero-hours contracts, with almost half (47%) saying they are satisfied compared with around a quarter (27%) who report being dissatisfied. More than half (52%) of zero-hours workers say they would not like to work more hours than they do in a typical week, although just over a third (38%) say they would like more hours.

Peter Cheese, Chief Executive of the CIPD, said: “The reality of today’s globally competitive economy and increasingly complex and age diverse workforce is that flexibility is here to stay. We need to focus attention on ensuring that people are well managed, are building the right skills, are engaged and productive.”

The CIPD report includes a number of recommendations to improve practice in the use of zero-hours contracts, including; the careful consideration and regular review by employers of whether zero-hours contracts are appropriate for the nature of the work involved; no restrictions on zero-hours staff from working for another employer when they have no work available and where work is cancelled at short notice, travel expenses and at least one hour’s pay should be paid in compensation.