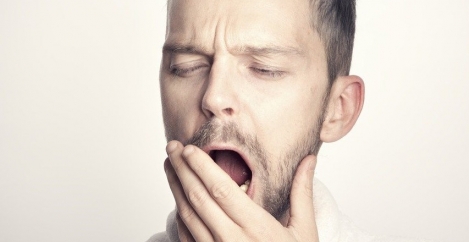 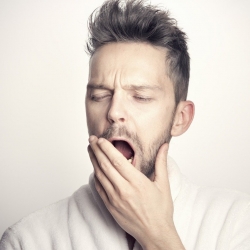 Working from home is exacerbating an ‘always on’ culture. Data from a study of UK employees, conducted by virtual team building company Wildgoose claims that over half of respondents are struggling to keep their workloads within working hours.

These increasingly blurred lines between work and home are creating a ‘cycle of fatigue’ for UK employees, and the effects are being felt from intern level to the boardroom. Decision makers are being encouraged to break the cycle by adapting their HR and employee wellbeing programmes to address the situation.

The ‘2021 Working from Home Study’ asked employees from 133 companies throughout the UK how working from home has impacted them, whether they have been able to keep a good work life balance, and how companies could improve home working practices.

44 percent of employees said they have a heavier workload since working from home and have asked that it is reduced. Following on from this, almost a third (31 percent) have seen a direct impact on their mental health, stating that they have felt depressed, anxious, or suffered from exhaustion.

Following revelations around changes to working hours when remote working and the impact of these, the study also raised concerns about whether employees were taking sick leave to tackle physical or mental illness – 29 percent of employees stated that they had worked through illness. HR teams need to make sure that employees are encouraged to take sick leave when needed and effectively communicate to company’s position on sick leave when working from home.

Medium-sized companies have the highest rate of employees who have worked through illness while working from home, with 42 percent. Unsurprisingly, employees from these companies also reported having the greatest workload – 58 percent stated that they have had an increased workload over the last year working from home.

Parents bearing the brunt of the WFH fatigue cycle

The study claims that parents were particularly susceptible to fatigue, with over 4 in 5 (81.25 percent) of parents stating that they had suffered when working from home. With the current lockdown closing schools, parents are relied upon to provide educational support for their children. 42 percent of UK parents want their company to step in to provide childcare support through flexible working hours, online learning support, or other initiatives.

When asked about the negative effects they felt when working from home, 25 percent of parents reported that their quality of sleep had worsened and 28 percent went as far as to say that they had felt depressed, anxious or exhausted. In fact, less than one fifth of parents (19 percent) had suffered none of these consequences of working from home.

What do employees want from their companies?

Communication between colleagues was highlighted as a key measure to better address issues of burnout, increased stress and fatigue when working from home. 49 percent of UK employees stated that everyday casual conversation between employees was needed, while 44 percent wanted regular virtual activities and fun ‘breakouts’ with colleagues.

Many of the most prominent issues faced by employees working remotely surround a lack of social interaction – something that is extremely difficult to make up for when staff are not together in the office.

Commenting on the findings, Wildgoose managing director Jonny Edser states: “While we’ve all grown used to home working as the pandemic has continued, it continues to present huge challenges in maintaining the right work life balance. With increased workloads and a worrying trend of working through sickness, people’s jobs are becoming ever more blurred with their home lives at a time when it’s crucial the two remain distinct from each other.

The lack of casual communication with colleagues during the working day is making employees feel more isolated and less motivated without the natural ‘breaks’ away from work. It’s crucial not to underestimate the difference that investing in meaningful interaction can make.”

“Allow yourself to focus on one thing at a time”

Dr Aaron Turner, Founder of One Thought, says: “When people have an unclear mind, overloaded with stress and pressure – there is fatigue and burden to every minute worked. In addition to this, people tend to think about work in a ‘sped-up’ state of mind outside of working hours.

We tend to overlook the fact that the impact of longer working hours will depend more on the state of mind we are working in. Our state of mind determines the level of stress and distress we feel, how clearly we think and our ability to step back, take a break and even our ability to sleep easily. If you feel ‘always on’ this suggests you are overthinking. We suggest you approach things in a way that avoids increasing the speed or volume of thought. So allow yourself to focus on one thing at a time without thinking about anything else in your day or on your calendar.”