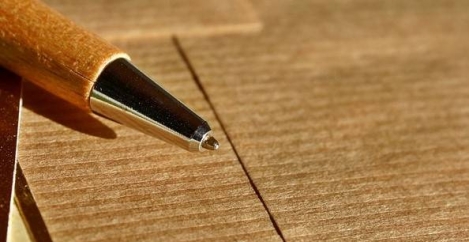 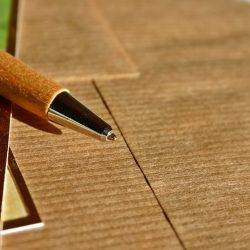 Bad news is better than no news at all when it comes to motivating staff, according to new research from academics in Warwick and Zurich.  The study found that withholding important information from staff could mean the difference between a motivated workforce and an unmotivated one – irrespective of whether it was good or bad news for workers. The study, led by Leif Brandes, of Warwick Business School, found that many managers underestimate the motivational power of bad news. In the paper The Value and Motivating Mechanism of Transparency in Organizations, published in the European Economic Review, Dr Brandes and Donja Darai, of the University of Zurich, designed a new version of the so-called ‘dictator’ game to study the effect of information sharing on motivation.

“If you look at the many online reports on employee complaints about a lack of transparency in their organisations, it is clear that many managers decide to partly withhold information from their employees, opting to keep them in the dark,” said Dr Brandes. “However, our research shows that doing this is more detrimental to their staff’s effort and motivation than previously assumed.”

The study involved two people with the aim being for participant B to motivate participant A to transfer as much money as possible to participant B.  A was paid £5 or £10, but didn’t know which, and then had to decide whether to transfer the money or not. B, who knew how much A had been given, could spend £1 to send a message to A as to whether they had £5 or £10. So effectively they could spend £1 to give their partner the bad news they had received £5.

Dr Brandes added: “We had participants play the same game up to 10 times, each time with a new partner. We designed the communication from B to mirror managers’ opportunity cost of communication in the real world.”

At first glance, this is a surprising finding: even in the absence of information sharing, participant A can be sure to have at least £5, so how could the sharing of bad news increase the motivation to transfer more money?

Dr Brandes said: “We think that information sharing helps participant B to shape A’s perspective of their relationship: after all, a person who is willing to spend money on information sharing is likely to be a nicer person than a person who does not spend the money. And ample research in economics and psychology shows that people are willing to share more with those who they perceive to be nice.”

Support for this was found in a different version of the game where A knew if they had £5 or £10, irrespective of B sending a message. But transferred amounts were still 40 per cent lower when B had not sent a personal message stating again how much money A had received – even though A already knew.  Such knowledge about the motivating mechanism behind the value of transparency is of great relevance for managers. Especially as the study shows that even if the news has already spread around the company employees would still be motivated just by being contacted and told personally.

Dr Brandes said: “Our data provides clear evidence that people are not only motivated by money. Instead, informing them about relevant developments in the work environment – even if it has already started to spread within the organisation – can also boost work performance. Managers often have access to relevant information before employees, and can decide whether to share or withhold this information. Unfortunately many managers go for the latter, which demotivates their staff.  In the study 50 per cent in the role of participant B decided to disclose their information too restrictively.

“The consequence was that these participants earned about 30 per cent less than what they would have earned by being fully transparent in the experiment. One might expect that our ‘managers’ would have improved at establishing transparency by round 10, but they did not. In fact, they got worse.”

The researchers attribute this lack of learning to another parallel between the real-world and their experiment: a manager who does not share information cannot observe how hard employees would have worked after information sharing. This makes it extremely hard to gauge the cost of not being transparent.

Dr Brandes added: “In response, these managers incorrectly believed that information disclosure was ineffective as a motivational tool and stopped sharing their information. Real-world managers should take note: it is not uncommon for uninformed employees to eventually even leave the firm, so sometimes bad news is better than no news at all.”