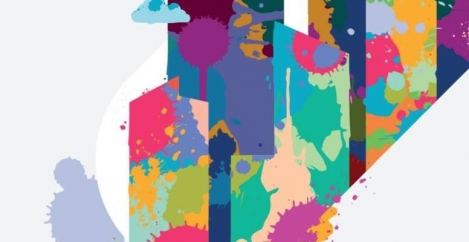 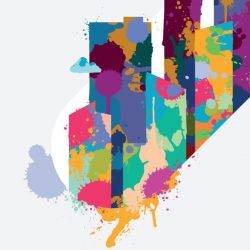 Mercer has published the results of an extensive study that examines the needs of workers in the world’s fastest-growing cities across four key factors – human, health, money and work. The study provides insight into the motivations of workers against the backdrop of fierce competition for their talent. The study, People first: driving growth in emerging megacities (registration required), is based on a survey of 7,200 workers and 577 employers in 15 current and future megacities across seven countries, namely Brazil, China, India, Kenya, Mexico, Morocco and Nigeria. As defined by the United Nations, these 15 cities will have a combined population of 150 million people by 2030 and share strong, projected GDP.

“There are unprecedented opportunities in growth markets, yet they come with inherent challenges. The rapid growth of next-generation cities sees them poised to leapfrog larger markets but, in order to do so, they need to attract and keep highly-skilled people,” said Martine Ferland, Group President at Mercer. “Most studies rely on secondary research or academic papers that analyse economic data, investments and infrastructure. This study is the first of its kind, in that it investigates the human and social reasons why people move to, within and out of a city.

“We learned that employers misunderstand what motivates people to move to a city and stay there. Moreover, cities are not performing well when it comes to addressing many of the more human and social factors that are listed as important among key employee groups. This dynamic creates natural tensions between what people value most and a city’s ability to deliver,” Ms. Ferland added.

The study explored 20 critical factors across four people-based pillars – human, health, money and work. Respondents were asked to rank five factors, based on how important they were in affecting their decision to stay in or leave a city. The most compelling finding was that for cities and businesses to attract the right talent to do the work of the future, human and social factors are the most important.

Overall, satisfaction with life ranks as the most important factor for workers in deciding whether to stay in or leave a city. When considering a move to a new city, workers rate life satisfaction twice as important than employers realise. Safety and security rank second. Income comes in third, with proximity to family and friends in fourth and career and job opportunities fifth.

A key distinction revealed by the study is only after people have made the decision to move to a new city do money and job factors become more important. When looking to make a professional move within a city, the three top drivers are money, better career opportunities, and promotion or advancement. At the hyper-local level, proximity-based amenities and infrastructure, along with various cultural factors, matter more to employees.

As part of the research, Mercer conducted an employee-focused segmentation analysis based on each respondent’s demographics, life stage, career progression, predisposition to life-long learning, aspirations and levels of financial security. The objective was to identify and better understand the specific needs of each unique employee segment and how those values and insights can help employers and planners in high-growth cities better address their values, interests and desires.

The five personas identified include: confident achievers; white collar professionals and graduates; struggling vocationals; business owners and skilled tradespeople; and professional families. While they vary greatly in their needs and wants, what unites each audience segment is a desire for greater overall life satisfaction.

Most cities are underperforming

In one of the most significant findings of the study for local governments, most workers say their cities are underperforming. The biggest tension between worker expectations and city performance is in safety and infrastructure. Pollution, personal stress, affordable housing, transport and mobility, and safety and security represent major gaps between what a city is able to deliver and what the employees surveyed value, presenting a major opportunity for making vast improvements in meeting workers’ needs and expectations in the future.

The study did reveal some good news, however, with many respondents saying the cities they live and work in do quite well in terms of cultural and economic factors, and with other areas including life satisfaction, career opportunities, proximity to airports and green spaces already meeting expectations.

Although the study’s 15 current and future megacities share some commonalities, some key differences were revealed. Based on performance against the four pillars of human, health, money and work, the cities were grouped into advanced, progressing or approaching in terms of whether they meet worker’s expectations. Advanced cities score well in all four factors, with a small-to-medium gap between workers’ expectations and the city’s performance.

Similarly, the impact of automation, AI and robotics vary significantly across countries, with China having the highest percentage of perceived positive impact and Africa the lowest.

A clear call for collaborative action

The study reveals people do not expect any one group to be responsible for addressing the systemic issues of their city. According to the study, workers expect their city or local government (79%), national or federal government (74%) and large businesses (57%) all to play a role in making cities more attractive and in meeting their needs for overall life satisfaction, safety and security, and income.

Employees are looking to big institutions with the requisite resources and authority to effect real change. Ultimately, no one group can or should be responsible for addressing systemic issues.