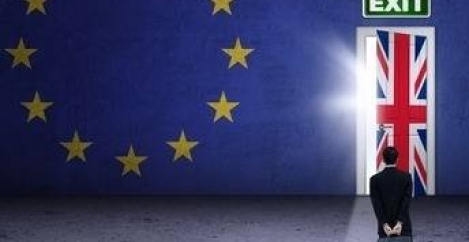 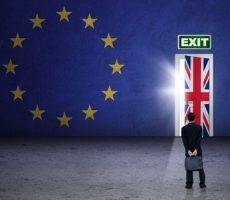 A majority of employers won’t delay hiring for roles (54 percent) due to Brexit, yet nearly half (48 percent) of jobseekers are concerned about finding a job post the Referendum, new research claims. The survey of both employers and candidates conducted by totaljobs following the EU Referendum, reveals that 44 percent of all candidates believe there will be more competition for jobs following the Brexit vote, while 28 percent say that Brexit has already had an impact on their job search. Nearly a fifth (19 percent) have become less selective about the jobs they apply for, compared with 16 percent who are now more selective. Of those currently employed, 34 percent are worried about their job security as a result of Brexit, whilst half (52 percent) are not concerned. Unfortunately, many employers have not yet taken steps to ease employees’ concerns, as almost three-quarters (72 percent) of employees say they have not been spoken to by their employer about the impact of Brexit.

It does seem however that employers are much more confident about the economic outlook than candidates and June figures from the Totaljobs Employment Index (TEI) show that the number of jobs posted on the totaljobs website was up 4 percent from May to June.

Nearly half (44 percent) of businesses said that Brexit won’t affect the number of people they hire, compared to a quarter (23 percent) who said they are likely to hire less. Whilst almost a third (30 percent) stated that they had already noticed the impact of Brexit on their business, the majority of employers said that they won’t delay hiring for roles (54 percent) and that it is unlikely that they will have to let people go (61 percent) due to Brexit.

Most employers don’t think that Brexit will have an effect on their ability to attract and retain the best talent (61 percent). When asked for their views on a number of post-Brexit scenarios, the vast majority do not think there will be a recruitment freeze (65 percent) or a salary freeze (78 percent) — good news for jobseekers and the economy generally. Looking slightly wider, only 21 percent of businesses say they are now less likely to hire EU nationals than before Brexit, and 21 percent think that Brexit will have no effect at all on their businesses.

John Salt, Group Sales Director, totaljobs, said: “The Referendum and Brexit vote has stirred up an amount of uncertainty among candidates and some employers. What we’re seeing is that jobseekers are now slightly more concerned about their ability to find or keep a job.

“Nevertheless, what we’ve also found is that this uncertainty is not matched on the same scale by businesses, who in general remain pretty confident of their ability to attract and retain staff. This business confidence is certainly backed up by our data from our Totaljobs Employment Index report, with job postings on totaljobs up month-on-month, quarter-on-quarter and year-on-year showing businesses are still eager to keep on hiring.

“Despite this confidence, it’s important that the Government does all it can to steady the ship and push forward a business-as-usual agenda in these uncertain times. Some responsibility must also fall on employers, who we’d urge to talk to their employees and update them as best they can. This can be as simple as a conversation about the impact of Brexit on the company or its plans for hiring. Adopting a proactive approach will reassure employees, helping them to stay productive, engaged and loyal to the company.”

When candidates were asked which industries they think will be most affected by Brexit, banking (44 percent), manufacturing (36 percent), construction (35 percent) and finance (32 percent) fared worse.

The Totaljobs Employment Index (TEI) shows that banking, insurance and finance jobs are down 5 percent month-on-month and quarter-on-quarter (QoQ). However, the Totaljobs Employment Index has also shown that job postings in the construction industry are actually up 9 percent from May to June and up 6 percent from Q1 to Q2. The ratio of applications per job, a measure of job competitiveness, is also up 30 percent year-on-year in the banking, insurance and finance sector, and 16 percent in the construction sector, showing that candidate demand is outstripping vacancies.