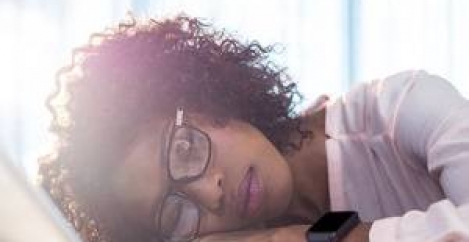 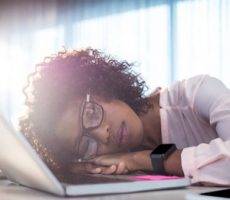 UK workers are losing sleep because of work problems and women in particular are not seeking advice on challenges at work for fear of being labelled as a pest, claims a new study of 2,000 people by app provider rungway. One in five (20 percent) of the women polled fear they will be considered a pest if they ask for advice on workplace and career issues compared to just 14 percent of males. Among UK workers, almost half (49 percent) said they never look for guidance on workplace and career issues. Yet, almost one in five (19 percent) said that work issues affect their sleep on a weekly basis. One in 10 feel like they have no one to talk to about work problems or that no one would understand their work issue. Age also plays a part, with workers over 55 least likely to look for guidance on workplace issues – while younger workers are most concerned about bothering others with their career questions.

18 to 34-year-olds cited being considered a pest as the main reason they won’t ask for advice on work issues. The 25 to 34-year-old age group also held concerns that no-one would understand their work issue (18 percent), that they have no one to turn to (14 percent), or that they are afraid to ask (12 percent). Among those a little older, 23 percent of 35 to 44-year-olds and 22 percent of 45 to 54-year-olds don’t ask for advice as they feel other people are too busy to help. Not wanting to seem like a pest was still the second greatest reason for these age groups not asking for advice (21 percent and 17 percent respectively). Unsurprisingly, workers over 55 required the least guidance on workplace issues.

“It seems there is a lot of variation in peoples’ approach to managing work issues, but a common thread throughout is that some people are afraid of asking for help and being seen as a pest, even when work issues affect their sleep every week. Actually, ignoring issues can make things worse, and what we’ve seen on rungway is that many people around us do want to help and are offering advice regularly,” said Julie Chakraverty, founder at rungway.

In terms of regional differences, Oxford workers are the region losing the most sleep over work issues. Almost a third (32 percent) of Oxford workers say their sleep is affected by work issues on a weekly basis.

Belfast and Londoners were next, with a quarter (25 percent and 24 percent respectively) losing sleep weekly, followed by those in Birmingham (22 percent). Conversely, those in Glasgow are the least affected, with just 12 percent having their sleep affected by work issues on a weekly basis.

The results come from a survey by rungway of 2,000 UK workers in full time employment.

Third of people have nobody to talk to about stress, claims report Employers doing little to alleviate employees’ job fears over Brexit