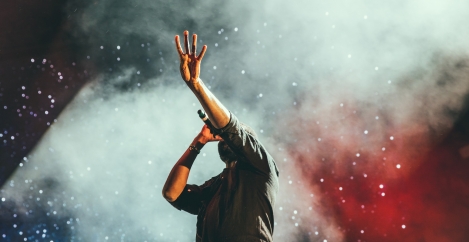 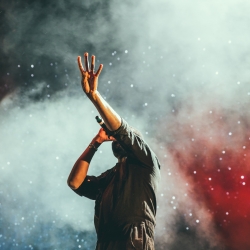 The ‘extraverted leadership advantage’ is a well-recognised phrase among researchers which describes how the characteristics of an extraverted personality create an advantage in the workplace when it comes to leadership roles. Extraverts are typically outgoing, loud, assertive, and high energy, so if you’re in a meeting with them they tend to speak up often. They can be hard to miss, which is what leads to many extraverts naturally taking on the role of a leader.

This question is what led me to my latest research study, which seeks to understand how extraverted leaders fare over time, rather than in one instance or event in time. It was inspired by an exercise I perform in my leadership class where I get four volunteers to leave the room and ask those remaining to count how many times those four speak, ask questions, and interrupt conversation on their return. At the end I ask them to say who they consider to be the leader of the four, and the person who speaks the most tends to be the leader. This echoes a well-established finding in leadership research called the participation-leadership effect, where the person who participate the most tends to be perceived as the leader.

In our recent research, we studied who perceives whom to be a leader in the workplace over time. We tracked what happened to extraverts: Would they emerge (and remain) as leaders? The answer is yes, but something else happened—extraverts tended to lead different people over time. Their leadership networks exhibited significant churn. In other words, they tend to have larger numbers of people who now consider them a leader but previously did not (new followers), people who previously considered them a leader and still do (remaining followers), but people who now do not consider them a leader but previously did (lost followers). This pattern emerged for extraverts even after we took into account differences in the initial number of people who considered them a leader.

How to overcome network churn

There are ways to navigate the long-term challenges of extraverted leadership. I believe using your close network to help gather feedback is one way to understand what you can do differently. If you have a close friend at work then ask them for their honest feedback after a meeting or presentation, as there may be things they picked up on that you have missed or are unaware of. A benefit of working virtually means that lots of meetings are now held on Zoom, so it can also be helpful to record your meetings (with others’ permission, of course) so that you can look back and evaluate both your performance and the reactions of your audience.

If you do notice that you have significant network churn, then take stock of who is leaving your network and why. Ask yourself: Do you dominate most conversations? Are you closed off to new ideas? By taking a moment to observe your own behaviour you can view your leadership approach from an outsider’s perspective and learn which characteristics or behaviours you may need to modify to reduce the churn.

So, what can you do if you’re an introvert?

Hearing the advantages that being an extravert provide to help achieve a leadership role can be somewhat disheartening for anyone who is an introvert. However, I believe that inspiration can be taken from some of the characteristics that make extraverts successful in leadership. There is much to be said for those who have a presence in a meeting or presentation and who make themselves memorable – in a good way – with their confidence. There are extraverted tendencies in all of us, especially in the workplace where people tend to put forward a different persona to the one in their personal life. By behaving in an extraverted manner when needed, you can adopt some characteristics of an extravert without compromising your own network and self.

Additionally, my research highlighted that although introverts may have a smaller network, it is much more stable than that of an extravert. If you’re able to combine that stable network with high-quality and frequent contributions in meetings and presentations, that could be the ingredients for a great leader.

I also believe that HR and management teams have a role to play in helping to create the best work environment for people of all different personality tendencies to thrive. It is important to create a culture where different personality types have the same opportunities for leadership roles. One place to start is to look at your current leaders and assessing which characteristics stood out that meant you thought they were suited for a leader role. Are you placing too much emphasis on the need to speak frequently in meetings or to dominate conversations? Extraverted people may have more to say in a meeting, but it is the substance and value of what people have to say that should be noted. Creating a culture of substance over volume could be key to helping level out the playing field.

The data show that extraverted people do typically emerge as leaders in today’s organisations, and that is something to be noted for anyone looking to achieve success in their role. But there are challenges and limitations when it comes to network churn which also cannot be ignored and must be understood when it comes to the links between extraversion and leadership – an area that has long been researched and observed and will continue to as we evolve and adapt our working styles over time.

Disabled workers to get their own mentor programme from World Economic Forum Announcing Works: a magazine for, about, and by the workplace design community