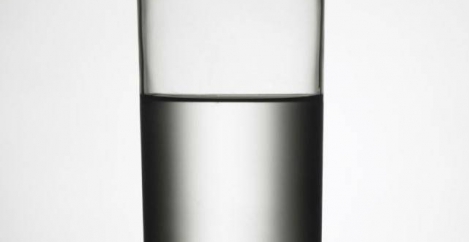 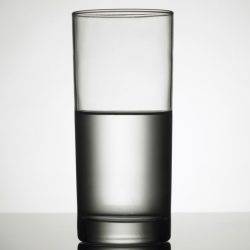 Britain’s start-up businesses are more optimistic about the future than those in the US, Europe and Asia, despite the uncertainties caused by Brexit, according to research by EY. According to the company’s Growth Barometer, half of UK businesses less than five years old expected to grow by more than 11 per cent this year. Almost a quarter were forecasting growth of more than 26 per cent. The findings are based on a survey of 2,340 middle market executives across 30 countries, reveal that in spite of geopolitical tensions, including Brexit, increasing populism, the rise of automation and artificial intelligence (AI) and skilled talent shortages, 89 percent of executives see today’s uncertainty as grounds for growth opportunities. What’s more, 14 percent of all companies surveyed have current year growth ambitions of more than 16 percent.

According to the report, global middle market organisations, companies with annual revenues of US$1m-US$3b, are showing no signs of slowing down in the face of geopolitical uncertainty. Over one-third (34 percent) of middle market companies plan to grow 6 percent-10 percent this year, far outpacing the latest World Bank global GDP growth forecasts of 2.7 percent, by more than 3 percent-7 percent.

Annette Kimmitt, EY Global Growth Markets Leader, says: “The global economic backdrop is much stronger than what the prevailing narrative has been telling us. Despite geopolitical risks and uncertainties, businesses being disrupted through new technologies and globalisation rewriting the rules of supply and demand, middle market leaders are not only attuned to uncertainty, but are seizing it to grow, disrupt other markets and drive their growth agendas.”

Despite facing two years of Brexit negotiations, start-ups (companies under five years old) headquartered in the UK are displaying the highest levels of confidence of the countries surveyed. UK start-ups are the most positive on current year growth ambitions with 26 percent seeking to grow by 11-25 percent and a further 23 percent looking at year-on-year growth of more than 26 percent.

But when looking at the largest markets, there are significant differences between the world’s largest economy, the US where slightly more than a third (35 percent) of all companies plan modest growth increases of under 5 percent, compared to the world’s two tiger economies – China and India – where together 42 percent of companies are targeting growth rates of 6 percent-10 percent. Moreover, a quarter (25 percent) of companies in tiger economies have current year growth plans of 11 percent-15 percent.

Technology and talent top the agenda

Executives identified technology and talent not only as the top two challenges facing the middle market C-suite today, but they are also seen as the tools by which they will overcome challenges and remain agile. Talent (23 percent) is cited as the top priority ahead of improved operations (21 percent), cutting red tape (12 percent) and beneficial agreements (8 percent) in a ranking of what is critical to meeting current growth ambitions. A staggering 93 percent of executives see technology as a means of attracting the talent they need. New developments in artificial intelligence (AI) are improving the recruitment and selection process for innovative start-ups to find specialist talent.

To fuel the growth ambitions of their organisations, more than a quarter (27 percent) of middle market executives plan to increase their permanent headcount and a further 14 percent plan to increase the number of part-time staff. Reflecting the growing impact of the gig economy on work patterns and a move to a more contingent, skills-based workforce, almost one in five (18 percent) companies plan to use contractors to help power their high-growth plans and fill specific gaps or needs.

However, under these global results lie significant differences in hiring plans. A majority of US companies (55 percent) plan to keep current staffing levels flat, compared with 31 percent of all respondents. These plans are almost reversed among start-ups, 53 percent of which plan increases in full-time staff. Nearly a quarter (23 percent) of all start-ups are also the most likely of all organizations to plan to hire more contractors or freelancers.

RPA does not spell RIP to talent

While only 6 percent of middle market organisations are already using robotic process automation (RPA) for some business processes, the dystopian vision of large-scale layoffs is not shared by these business leaders. Fifteen percent of all middle market executive respondents believe that adoption of RPA will result in headcount reductions of less than 10 percent. This illustrates that middle market leaders are planning on the selective adoption of RPA to bring efficiencies to some routine operations, but as an adjunct to human talent, not a replacement.

High-growth entrepreneurs are even more optimistic

As part of the EY Growth Barometer, the survey also measured 220 alumni of EY’s widely-acclaimed Entrepreneur Of The Year® program. Active for more than 30 years, the network has programs in more than 60 countries and 145 cities worldwide supporting high-growth entrepreneurs.

High-growth entrepreneurs are planning significantly higher growth rates than overall middle market leaders, with one in five planning to grow by 6 percent-10 percent, a further 20 percent by 11 percent-15 percent and yet a further one in five by 16 percent-25 percent. Nearly one in four (22 percent) high-growth entrepreneurs are planning current year growth of more than 26 percent. Additionally, almost two-thirds (61 percent) of this group plan increases in full-time staff and 9 percent plan increases in the use of contingent or gig economy workers.

Kimmitt says: “Middle market companies are the engines for global growth, representing nearly 99 percent of all enterprise and contributing nearly 45 percent to global GDP. But high-growth entrepreneurs are not only more ambitious in setting growth targets, but prioritize differently from other mid-market leaders and businesses. High-growth entrepreneurs are not fazed by the kinds of seismic shocks that Brexit and other geopolitical upheavals present. They are developing agile and flexible strategies to work with uncertainty as the new normal.”