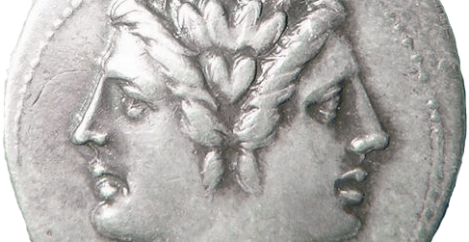 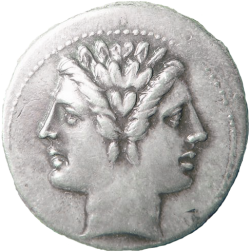 The past twelve months have been an eventful period for employment law; from the uncertainty surrounding Brexit and the rights of EU Nationals working in the UK, to the mounting attention on employee data protection as the GDPR edges ever closer. Issues of Employment Tribunal fees, holiday pay and the gig economy have similarly captivated headlines, and these significant milestones from the past 12 months are set to have a big impact on the challenges facing the sector into 2018.

Brexit has caused confusion in many UK businesses in 2017 about the employment of EU nationals after March 2019 – but at the moment, nothing has changed. We currently don’t know what deal will be reached in relation to people who work and live in the UK after we have left the EU, but we do know that there are currently no changes to the Equality Act 2010. This means that, at least for now, it will constitute unlawful discrimination to reject or refuse applications from non-British EU nationals on the basis of their nationality alone.

Employers are understandably uncertain about what the UK government has in mind with regard to employment law but, at present, rather than making a knee-jerk decision to pursue a different option, it is wiser to spend time understanding the level of reliance a business has on EU labour. That way it is easier to prepare for the different eventualities whilst remaining on the right side of the law.

2017 has seen increased focus on the “gig economy”, a labour market characterised by the prevalence of self-employment on a large scale. Organisations’ demand for flexible workforces is a result of the growth in on-demand services which naturally create fluctuating staffing requirements. But employees are continuing to challenge the current approach, seeking categorisation as workers with the attendant rights to sick pay, holiday pay and the national minimum wage.

The publication of the Taylor Review has been central to this but a breadth of other cases looking at the issue of worker status have also unfolded. We await further developments on the heavily fact-sensitive test for worker status with appeals from Pimlico Plumbers and Uber amongst others, and the outcome of the Commons select committee enquiry. However, irrespective of the outcome, this is not a topic that is going to disappear as 2018 unfolds.

Calculation of a week’s pay – and holiday pay

This development actually encompasses two changes. Firstly, 2017 marked the end of the long-held convention that the calculation of a week’s remuneration for the purposes of holiday pay, a basic award, statutory redundancy payments and protective awards under TUPE and TULRCA, did not include employer pension contributions. In University of Sunderland v Drossou EAT/0341/16, it was held that the understanding that s221 Employment Rights Act 1996 only concerned payments that were actually received by the employee, was actually incorrect. This judgment will therefore increase costs for employers when calculating these payments and should be taken into account in 2018 HR budgets.

Secondly, further case law in 2017 confirmed that voluntary overtime should be included when calculating holiday pay if it forms part of a worker’s “normal remuneration”. This has had a significant impact on overall costs for many employers but not least those engaging employees and workers via zero-hours contracts. Businesses will need to factor in these additional costs going forwards and consider whether there remains contingent liability for claims from existing workers.

It has been impossible to escape the fact that May 2018 brings the advent of GDPR (General Data Protection Regulation) – a new EU law which heralds fundamental changes to the way we manage and process data. The GDPR aims primarily to give control back to citizens and residents over their personal data and to simplify the regulatory environment for international business by unifying the regulation within the EU.

Brexit has led some businesses to bury their heads in the sand when it comes to GDPR but in September 2017, the UK government published the Data Protection Bill, setting out proposals for how GDPR will be honoured in UK legislation. At the time of writing, this Bill is at committee stage, therefore all employers will need to keep abreast of developments in this area to ensure that they understand necessary changes to contracts of employment, practices and management of employee data throughout the employment lifecycle. With so many grey areas still existing, this subject is not going to evade the headlines for some time.

Finally, this huge change affecting the HR world – the removal of Employment Tribunal fees from July 2017 onwards – has already resulted in a marked increase in the number of claims. In 2018, we can expect the tribunal systems to be heavily burdened with this increased volume, not to mention the administration associated with returning fees to the 60,000 or so claimants who have lodged claims over the last three years. But the uplift in claims shows no signs of slowing down. Savvy HR teams are therefore wiser to start factoring the greater ease for individuals to bring claims into their risk assessments, if they haven’t already.

Lucy Gordon is a Senior Solicitor at ESP Law

Commercial property is undergoing tech disruption, but not as some believe Most US employees will work and stay in touch with colleagues during the holiday season