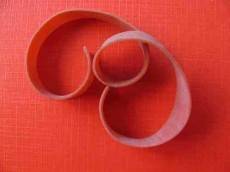 A briefing from the Society of IT Management claims that while nearly all UK public sector organisations have adopted some form of flexible working, the practice remains far from universal and is going into reverse in some departments. The report found that  around  97 percent  of UK public sector organisations have now  adopted the practice in the form of home working, desk sharing and mobile working in four of the public sector functions surveyed. While while there have been large increases in adoption the adoption of flexible working in the revenues and benefits functions and some in education, four other services show a significant decline with others appearing to be static.

The briefing suggests three key issues hold back the uptake of flexible working. The first is the desire not to lose human contact, something which we reported yesterday also troubles those facing retirement. Teleconferencing and e-mail have a role to play with social media able to replace what the report calls the ‘water-cooler’ experience to some extent. It claims that younger people tend to more comfortable using a multiplicity of channels to interact with one another and supplementing relationships with virtual interactions.

The second issue concerns management culture and style, according to the report which cites anecdotal evidence suggests that the greatest barriers to implementing flexible working are middle managers who fear loss of ‘line of sight management’.

The third barrier is linked to job insecurity in public services, and employees’ desire to have their contribution noticed and valued. They may feel this is more easily achieved by being in the office, than if they are working from home.

Chris Head, author of the briefing said: “Despite these barriers, public service organisations should push ahead with flexible working where the conditions are favourable. Technology enables all of this. Personal devices are smaller, lighter and more powerful. Mobile access is near-ubiquitous and set to reach 98% of the population. Security issues are largely solved apart from behavioural problems that lie outside the control of technology.’