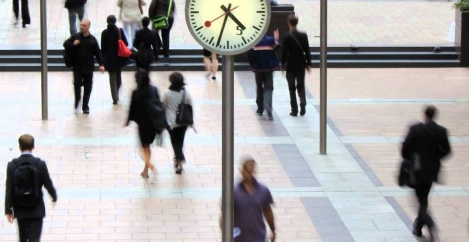 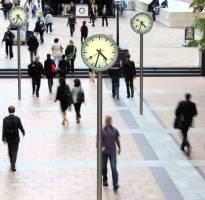 Disruptive global employment trends, including flexible working, the rise of robots, other forms of automation and Big Data analytics will see over five million jobs disappear worldwide over the next four years, a new report claims. The World Economic Forum’s Future of Jobs report has calculated that current disruptive labour market trends, including improvements in artificial intelligence, cloud technology, the Internet of Things and flexible working arrangements, could lead to a net employment loss of more than 5.1m jobs in the 15 countries surveyed. The report estimated that new trends would result in a total loss of 7.1m jobs – two thirds of which are concentrated in the office and administrative functions – and a total gain of 2m jobs. The WEF surveyed those who it felt were best placed to observe the dynamics of workforces including heads of HR departments and CEOs in 15 developed and emerging economies.

The report’s  authors asked what the current shifts meant for employment, skills and recruitment. With the global economy on the cusp of a ‘fourth industrial revolution’, the report claims to identify the trends in employment that will result. One of the most widely perceived trends was identified as the change in work environments and more flexible working arrangement, which is seen as leading to companies needing an ever-smaller pool of core full-time employees, backed up by colleagues in other countries and external consultants and contractors for specific projects.
“To prevent a worst-case scenario – technological change accompanied by talent shortages, mass unemployment and growing inequality – reskilling and upskilling of today’s workers will be critical,” the authors said. “It is simply not possible to weather the current technological revolution by waiting for the next generation’s workforce to become better prepared.”
And while the rise of the robots sounds alarming, the surveyed experts expect a comparatively small employment impact in the next few years they did not believe the technologies will have advanced significantly enough by the year 2020 to have a more widespread impact on global employment levels.
While 3D printing and artificial intelligence were seen as having on balance a negative effect on total jobs, 3D printing, robotics, Big Data, biotechnology and cloud technology were some of the trends that were seen as having potential for significant job creation.
The report concludes that “the current technological revolution need not become a race between humans and machines but rather an opportunity for work to truly become a channel through which people recognize their full potential. To ensure that we achieve this vision, we must become more specific and much faster in understanding the changes underway and cognizant of our collective responsibility to lead our businesses and communities through this transformative moment.”
The surveyed economies were Australia, Brazil, China, France, Germany, India, Italy, Japan, Mexico, South Africa, Turkey, UK and US, plus the Association of South East Asian Nations (ASEAN) and the Gulf Cooperation Council (GCC).