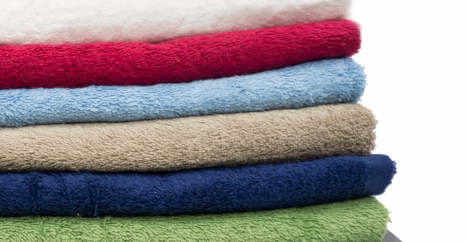 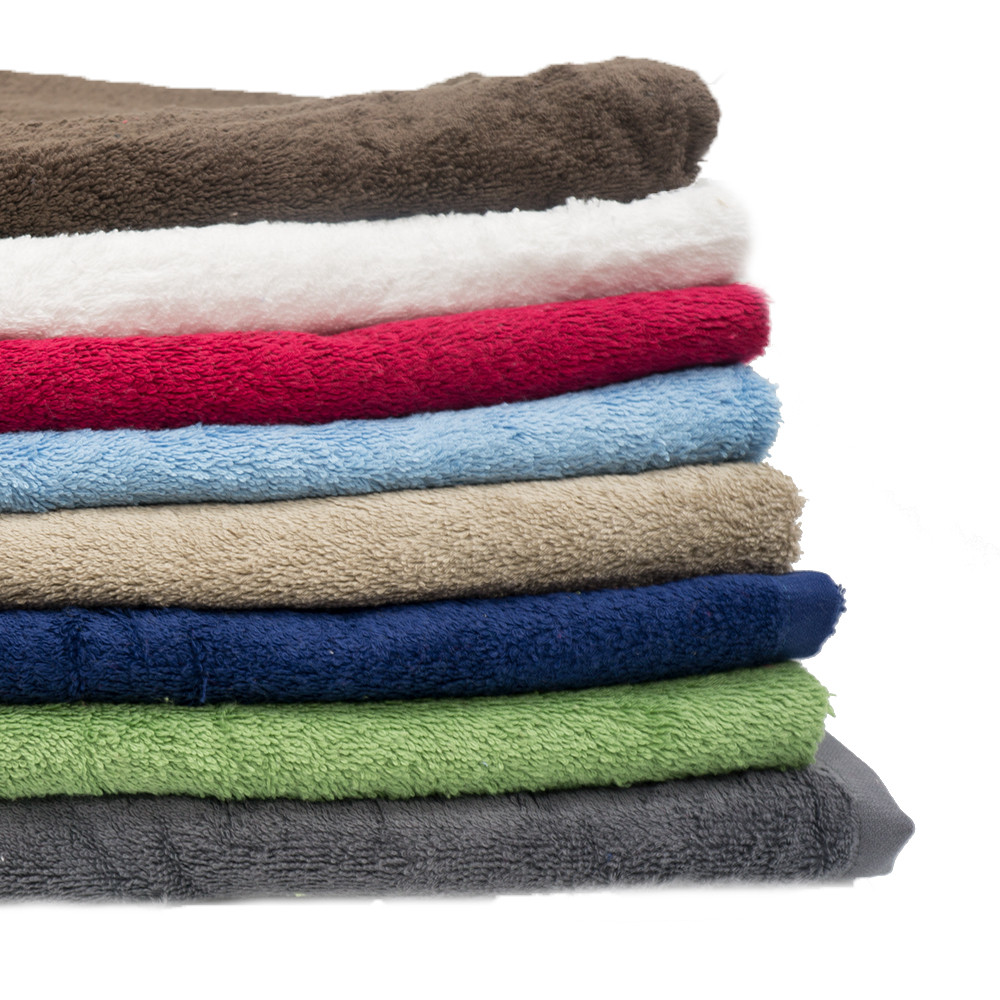 When asked about thirteen specific aspects of their jobs in a new Gallup study (download), U.S. workers reported that they are most satisfied with their physical safety in the workplace, their relations with coworkers, the flexibility of their hours and their job security. At the same time, they are least satisfied with work related stress, the retirement plans offered and the money they earn.

Yet, the views of all U.S. workers are not the same. There are marked gaps in satisfaction levels between men and women and between salaried and hourly workers on several aspects. American workers are at least somewhat satisfied with all thirteen characteristics of their jobs measured by Gallup, but the percentage who are completely satisfied varies greatly from 34 percent for work-related stress to 74 percent for co-worker relations and job safety. The latest rankings are similar to previous readings.

Workers are less satisfied with other aspects of their jobs, including their chances for promotion, health benefits, the money they earn, retirement plans and on-the-job stress, the last of which is at the bottom of the list with 34 percent saying they are completely satisfied. 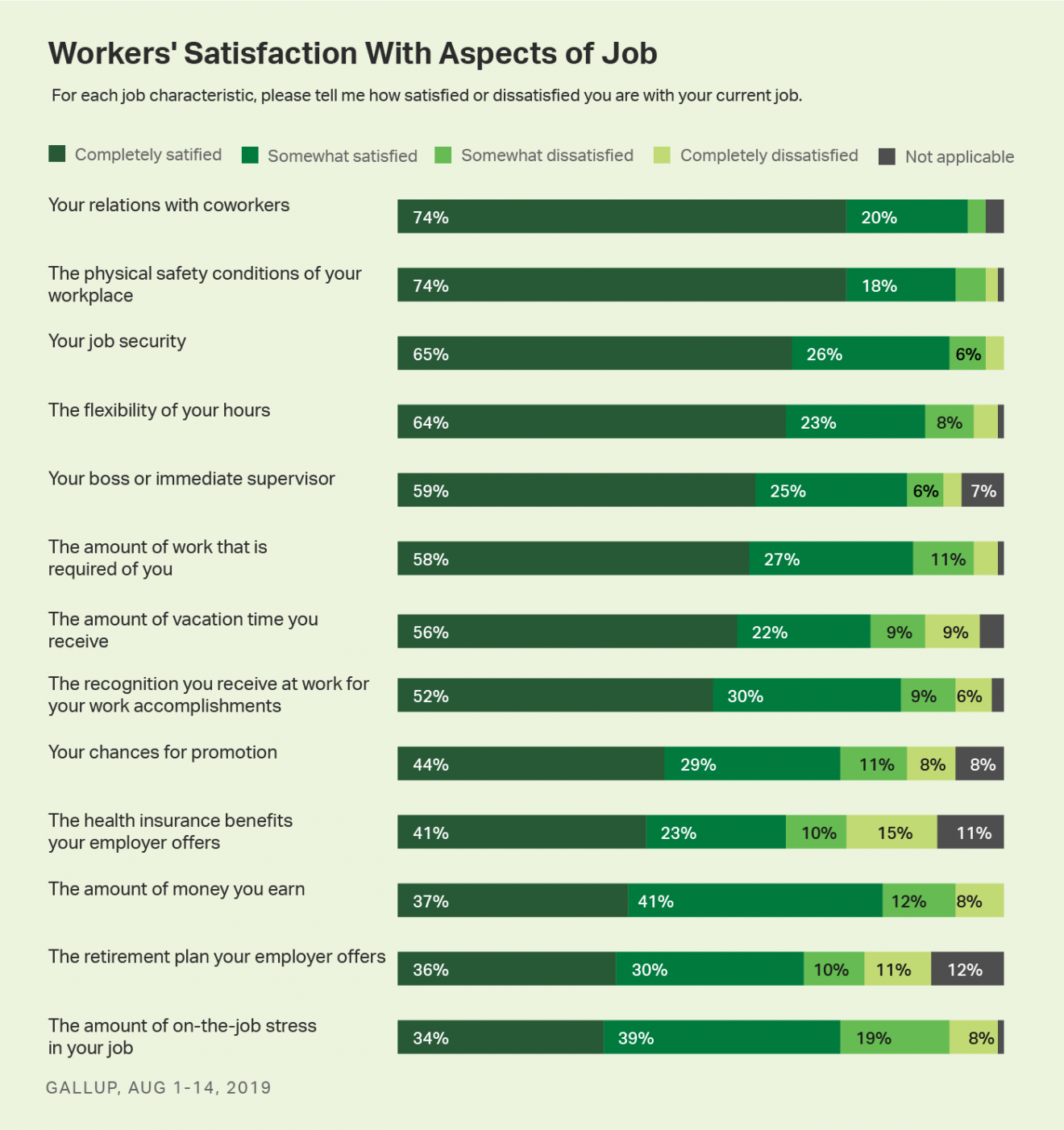 One of the most pronounced subgroup differences in satisfaction with job characteristics is between men and women. This gender gap is greatest for six of the 13 characteristics, with men more satisfied than women for each. These include the amount of work required (12 points), physical safety at work (11 points), amount of money earned (11 points), chances for promotion (9 points), recognition for accomplishments (8 points) and retirement plan offered (8 points).

The gender gap across job characteristics has not been consistent through the years. For instance, today’s gender findings are markedly different from other years, like 2013, when pay was the only job characteristic that showed a significant gender gap (32 percent of men vs. 24 percent of women). Compared with then, both men and women are more satisfied with their pay, but the gap has remained. The greatest gender gap in satisfaction with compensation was 23 points in 2015 (44 percent of men vs. 21 percent of women).

Although the current 11-point gender gap in complete satisfaction with physical safety at work is the largest since 2005, it is important to note that broad majorities of both men and women have consistently been completely satisfied with their safety.

The drop in women’s satisfaction with their safety at work — from 81 percent complete satisfaction in 2017 to 68 percent now — may have resulted from the rise of the #MeToo movement in the U.S. according to the authors. Other Gallup research has found that the #MeToo movement, which shined a light on sexual harassment of women in the workplace, has resulted in more women saying they worry about being the victim of sexual assault. 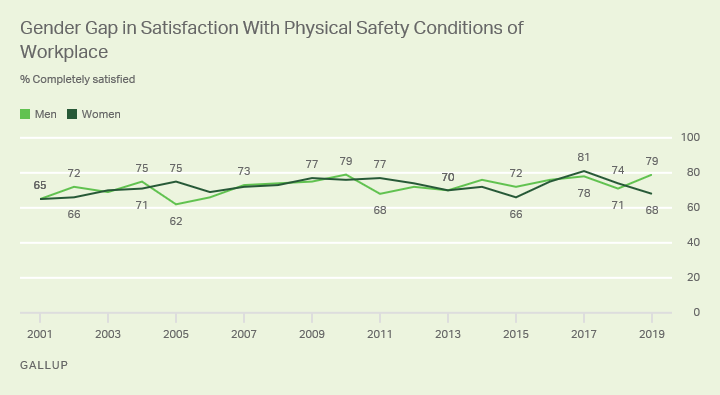 In addition to a disparity in views between men and women, there are also meaningful differences between salaried and hourly workers’ satisfaction levels. In general, hourly workers are less satisfied than salaried workers with benefits and compensation as well as receiving recognition for work accomplishments. These findings are consistent with past readings, although Gallup has not included the question about hourly vs. salary pay in all of its surveys dating back to 2001.

The largest gap in satisfaction between hourly and salaried employees is on vacation time (21 points). Health insurance benefits (12 points), retirement plan (12 points), recognition for work accomplishments (9 points) and pay (8 points) are the other areas of greatest disparity. Less than half of hourly workers are completely satisfied with each of these aspects.

The substantial proportion of full-time workers who say they typically log more than 40 hours each week pushes the average number of hours worked up to 47.