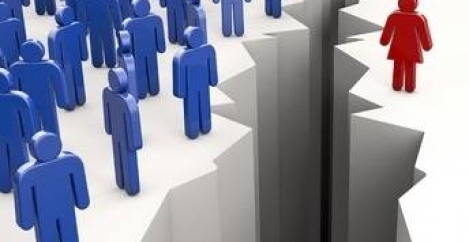 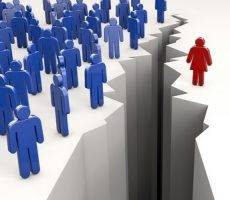 The gender pay gap is still prevalent within the UK workforce and the gap only widens further when women have children, according to a report published today. Research by the Institute for Fiscal Studies (IFS) funded by the Joseph Rowntree Foundation found that on average, women in paid work receive about 18 percent less per hour than men, but this wage gap is smaller when comparing women before they become mothers. The gap widens consistently for 12 years after the first child is born, by which point women receive a third (33 percent) less pay per hour than men. The widening of the hourly wage gap after childbirth is associated with reduced hours of paid work, but this is not because women see an immediate cut in hourly pay when they reduce their hours. Rather, women who work half-time lose out on subsequent wage progression, meaning that the hourly wages of men (and of women in full-time work) pull further and further ahead.

In addition, women who take time out of paid work altogether and then return to the labour market miss out on wage growth. While the gap in average hourly wages between male and female employees has been falling over the past two decades, as the current gap of 18 percent compares with 28 percent in 1993 and 23 percent in 2003, this does not apply to graduates or people with A levels.

By 20 years after the birth of their first child, women have on average been in paid work for four years less than men and have spent nine years less in paid work of more than 20 hours per week.

Robert Joyce, Associate Director at IFS and an author of the report, said: “The gap between the hourly pay of higher-educated men and women has not closed at all in the last 20 years. The reduction in the overall gender wage gap has been the result of more women becoming highly educated, and a decline in the wage gap among the lowest-educated. Women in jobs involving fewer hours of work have particularly low hourly wages, and this is because of poor pay progression, not because they take an immediate pay cut when switching away from full-time work. Understanding that lack of progression is going to be crucial to making progress in reducing the gender wage gap.”

HR experts have pointed out that the introduction of Gender Pay Gap reporting may have helped address salary transparency for top salary earners, but this report shows that employers need to go further.

“Frequently the response to equal pay challenges are ‘spot fixes’, which rarely work in the longer term and often cause other problems”, said Ian Dowd, Director at NGA Human Resources. “Organisations need to continually monitor the gender pay gap closely to ensure ongoing parity and to nurture a culture of diversity if they are to make any meaningful progress.”