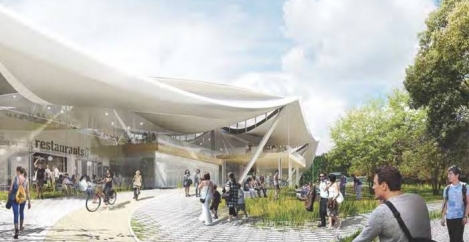 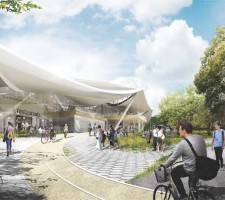 In March, we reported on the stumbling blocks faced by Google in its plans to create a vast new home for itself in Silicon Valley, not least resistance from local authorities in California and the problems associated with neighbouring land owned by LinkedIn. Now, according to a report in the Silicon Valley Business Journal, it appears the noisy neighbours have come to a deal to swap large chunks of real estate. According to the report, Google will acquire all of LinkedIn’s existing land in the Mountain View area, which consists of LinkedIn’s existing 370,000-square-feet headquarters and eight acres of land LinkedIn had set aside for turning into new office space. LinkedIn will now relocate its headquarters to four office buildings in the area currently owned by Google to create a new 750,000 sq. ft. portfolio. The deal represents a win-win for both parties with LinkedIn doubling its existing space without the costly need to build new offices, while Google finally gets the chance to realise its dream of building the quirky campus designed by Heatherwick Studio and Bjarke Ingels.

Beyond Monoculture: how design eats strategy for breakfast Substantial growth in 21st Century self employment in the UK