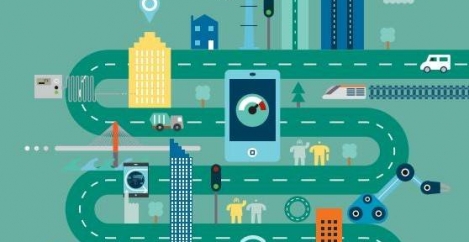 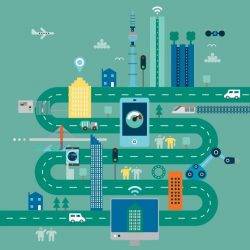 The UK government has begun work on its Future of Mobility Grand Challenge. First announced in May, the government believes the initiative has the potential to make the UK a world leader in strategies for moving people and goods. The announcement includes two calls for evidence, the first focused on improving first mile/last mile transportation connections, with a focus on electric vehicles and microtransit. The second addresses the more general issue of new technology and trends for urban transport. The government also claims the move will address changes in working cultures including lower levels of commuting and flexible working.

As well as improving transport systems generally, the move sets out to improve safety levels and address greenhouse gas emissions. The announcement also includes news of a fund for the development of autonomous vehicles. The government claims that a new generation of electric cargo bikes, vans, quadricycles and micro vehicles could replace vans in UK cities as part of their plans to transform last-mile deliveries.

There are already 300,000 HGVs and over 4,000,000 vans on our roads and with online sales continuing to increase, this is likely to increase further. But new green delivery vehicles could replace the millions of conventionally-fuelled vans which are currently a common sight in city centres, according to the government.

The paper suggests that travel around the UK could dramatically change with the introduction of flying vehicles or widespread use of self-driving cars, all while data helps to deliver better journeys. According to the paper, the potential increased use of self-driving vehicles and shared travel could also allow the majority of parking spaces to be removed in city centres, opening areas up for redevelopment and potentially hundreds of thousands of new urban homes.

As part of this, the government is also confirming £12.1 million of funding for 6 projects working on simulation and modelling to aid the development of Connected and Autonomous Vehicles. The capability will be essential for developing, testing and proving the safety of the vehicles.

Societal changes are already changing the way people travel, with just some of the changes including people driving less overall; fewer workers commuting; a growing elderly population; and the number of people living in urban areas growing.

As a result, the government has used its Future of Mobility call for evidence to outline the below trends which it says could shape the future of transport in the UK:

The government is expecting these trends to lead to safer travel, more accessible transport, cleaner journeys and make cities better to move around and live in.