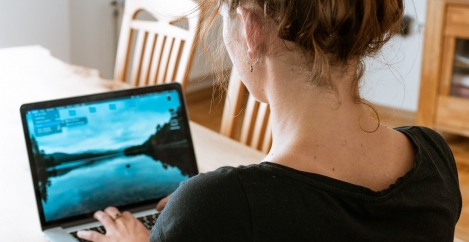 Employers believe the way we work has changed forever 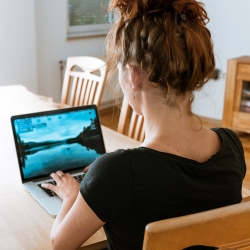 After more than a year of remote working, the majority of UK workers are well-versed in office-free employment. We’ve had plenty of time to think about how the experience has affected our working habits. Gazprom Marketing & Trading surveyed 1,000 employees across a range of sectors, asking participants about their working hours, mental health, and the challenges they’ve encountered along the way.

So, how has the past year affected how we work? Has the time away from the office made us more productive? Have we missed the social side of chatting to colleagues throughout the day? And are we anxious about returning to the office? Whether it’s a temporary arrangement or the new normal, the survey highlights some telling answers about the way remote work has affected the UK’s work habits.

If businesses worried that their workers would slack off when remote working came into effect at the beginning of the pandemic, they needn’t have. 60 percent of employees said they were more productive working from home, with 61 percent keeping up the pace for more than 6 hours a day.

Meanwhile, 53 percent of employees said they work longer hours when working from home. So why have we been able to put the work in – and for longer?

For one, certain ‘unproductive’ elements of the working day have been eliminated. Many of us now have a much shorter commute than before, while the need to attend ad-hoc meetings might also have reduced. Such time-draining activities can sometimes stand in the way of productivity, and without them, it’s given workers the time to be more productive.

And while 59 percent of employees stated they take more breaks when working from home, an increase in focus and concentration levels shows that’s not necessarily a bad thing.

“Instead of seeing this as a time to slack off,” says GM&T Resourcing Advisor Mark Trueman, “employees have taken to working from home far better than any of us perhaps expected. Commutes and meetings can certainly take their toll on the way we work, so it’s great to see employees across the country using their time to be more productive where they previously might not have.”

The social isolation of working from home can affect health and wellbeing. In the survey, 41 percent of participants stated that socialising with colleagues is what they missed most about working in the office. Meanwhile, over one in five (21 percent) said that working from home has impacted their mental health.

The social side to working in the office pre-pandemic was an important factor for many people. And though replicating this can be difficult when employees are in different locations, it’s certainly achievable. As a way of boosting both productivity and mood, employers should look to implement activities and ideas which can alleviate the negative aspects of home working.

Of the impact on mental health, Mark states: “Even before the pandemic, the conversation around employee mental health was gaining ground, but taking care of yourself is clearly more important than ever in these isolated times.

“It’s been such a strange, unprecedented period for us all, so it’s not surprising that employees across the country have missed that social side of the office. Being around colleagues is a big part of many people’s jobs. Luckily, the stigma of mental illness isn’t what it was, and there’s a whole host of different ways your workplace might be able to help.”

Working from home isn’t without its setbacks. The biggest offender for workers were distractions from family and friends (21 percent), while staying focused (18 percent) and social isolation (16 percent) took second and third place.

“Employees have taken to working from home far better than any of us perhaps expected.”

The lack of a dedicated home office setup is also a major issue. Although 34 percent of employees stated they worked from an office room, 44 percent carried out duties at a dining room or kitchen table, while 16 percent and 8 percent made do with working on a sofa and bed, respectively. Without their usual office desk space, 20 percent said they feel less comfortable and productive due to their work-from-home setup.

Mark says: “I think many of us don’t realise just how much comfort can play a part during the working day. If you’ve been struggling with your setup, then it might be time to rethink things. It’s worth investing in a comfy chair if you haven’t already – especially if remote work will continue where you work.”

Discomfort can be a huge distraction when you’re trying to stay productive, and both things can snowball into bigger problems if they aren’t rectified. Leaders need to be mindful of supplying their employees with the correct equipment and appropriate setups if they want workers to carry out their duties to the best of their abilities.

Returning to the office

For the majority of employees, there’s no going back to the way things were. 41 percent would like to work from home 2-3 days a week, while 23 percent would prefer full-time remote working. Interestingly, despite the challenges of working from home, only 13 percent want a full-time return to the office.

One of the starker results from the survey – 40 percent of employees feel an actual office would be surplus to requirements given the adjustments and adaptations we’ve had to make. 76 percent feel their employers have adapted well to a remote work environment, while 84 percent said they felt supported by their managers.

If there is anything more telling about how working from home has changed our habits, it’s that 65 percent of those surveyed would be comfortable starting a new role remotely – suggesting that flexible or hybrid working is here to stay.