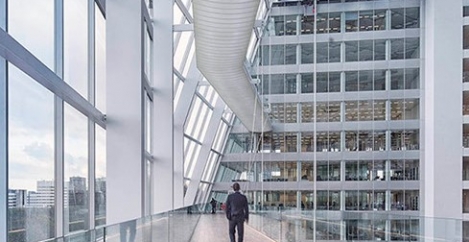 How the Dutch pioneered agile working, wellbeing and smart buildings 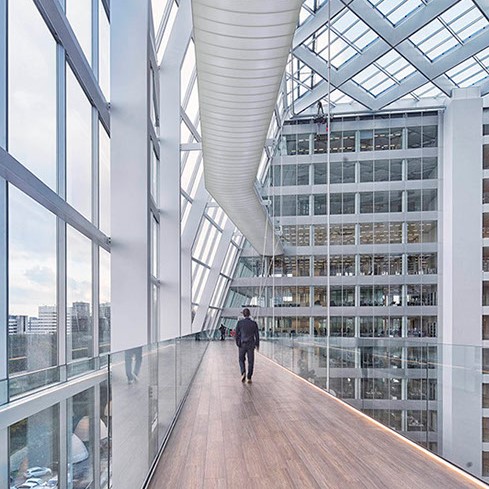 Many of the challenges we face in selecting the right office design models became apparent during the 1960s as the world adjusted to the first signs of the technological revolution. At the same time, people across Europe were pressing for changes in the way organisations and the economy worked.

The advent of formal workers’ rights in countries like German and the Netherlands coupled with greater awareness of issues such as ergonomics, acoustic comfort, collaborative work daylight and the importance of personal space ushered in a new way of thinking about the design of offices.

The Dutch phrase for all of this is het nieuwe werken and can be translated as a new way of working and they have been one the pioneers of this for half a century, establishing the core principles of agile working, smart buildings, sustainable design and wellbeing that define the way we view the workplace.

One of the most striking examples of a new generation of workplaces arose in the city of Apeldoorn in 1968.  The financial services firm Centraal Beheer commissioned Dutch architect Herman Hertzberger to create a new headquarters for its staff as ‘a place where 1,000 people can feel at home. The employees must have the feeling of being part of a community without being lost in the crowd.’

The solution was to create a new kind of office that would encourage people to move around the building to meet each other and find the best space for their current needs. We would now call this agile or activity-based working but fifty years ago it was just an idea that made sense and didn’t need a specific name.

The building was divided into 56 modular nine metre cubes which served as the workspaces for up to ten people. These were linked by a series of communal walkways and atria as well as a central street. The building was lit with lampposts and as much natural light as possible. Teams were limited to ten because this is the optimal size of a team for decision making. Each module was also designed to create the best acoustic environment and people were encouraged and empowered to personalise their space.

The principles are strikingly modern, especially for a period in which people did not have access to mobile technology and our own knowledge of the ways in which office design can affect people’s wellbeing.

The smartest building in the world

Five decades later another building in Holland has pointed the way ahead for a new generation of buildings that focus on productivity, the environment and the wellbeing of the people who work in them.

The Edge in Amsterdam designed by PLP Architects was described as the smartest office space ever constructed when it opened in 2015. It might possibly still hold that title except for the way it has spawned a new generation of buildings both from the people behind The Edge and others who have seen its blueprint. An interview with Sandra Gritti of Edge technologies setting out their vision can be found here.

The building is linked to the individual via a smartphone app which knows each person’s schedule and so their needs for facilities such as parking spaces, workstations and meeting rooms. These spaces can be personalised both in terms of their furniture and layout but also the individual’s preferences for light, temperature and ventilation. The Edge also follows the principles of agile working, empowering people to find the space just right for their needs.

The Edge was also then the greenest building in the world, according to the environmental rating system BREEAM, which gave it the highest ­sustainability score ever awarded: 98.4 percent. The solar panels create more electricity than the building uses, and the building features a range of environmentally friendly features that make it stand out as an exemplar of green building design

The firm behind The Edge in Amsterdam has now extended its principles to a growing portfolio of new buildings across the world, featuring the latest developments in building technology, sustainability, user experience and wellbeing. This is especially important because buildings are the world’s main source of carbon emissions, contributing about 40 percent of the total each year.

What is especially exciting is how this thinking is now permeating mainstream thinking about office design, not least in how intelligent and embedded systems can improve the experience of each user of a space while collating data about the performance of the building, both in terms of how it serves people and their wellbeing and its environmental performance.

These are very current and global concerns, but they have their roots in the last century. Finding solutions to them is everybody’s responsibility, but the Netherlands has a long and proud tradition of pioneering the new ways of working that address them.