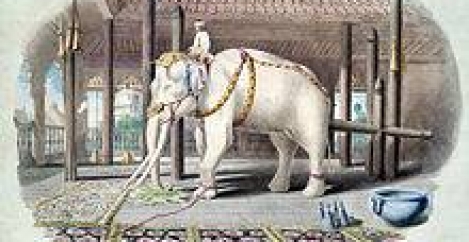 We’ve said this before but given the recent round of agonising over HS2 and today’s news that it will already cost £10 bn more than planned, there is no end yet to us hearing more and more about the plans for the Government’s flagship construction project and all-round Keynesian boot in the pants for the UK economy. Most of what passes for debate involves some light class warfare about the route through Tory constituencies, seasoned with a dash of NIMBYism, some chest beating from Labour who started the whole thing but can’t be seen to support it fully and various other bits of pointless to-ing and fro-ing. But what is most remarkable about the scheme as far as we are concerned, has always been how its business case completely and deliberately ignores the way we now work. Something bleedin’ obvious that the NAO has now pointed out.

So if the new railway is symbolic of anything it is of the clash between the old ways of working and the new. Not only could a fraction of this money be spent on transforming the country’s technological infrastructure, albeit in an invisible and therefore less politically malleable form, the business case for HS2 is built on two remarkable assumptions; firstly that the average person using a  train earns £70,000 a year but most incredibly the idea that nobody does any work while travelling.

Only once you make this latter assumption can you get to the cynical heart of what has happened with the argument for this train. Then you simply state that ‘time is money’ like a Victorian mill owner pulling a watch on a chain from his waistcoat pocket and bish-bosh – you have your argument that a £32 billion investment can yield you £47 billion in economic benefits based on 35 minute savings of supposedly wasted time on trains.

This is all compete rubbish of course as opponents of the scheme such as the Institute of Economic Affairs think tank have pointed out in great detail. I’m on a train from the North West of England to London this afternoon and I can predict with some certainty that the two hours I spend on it are likely to be the most productive of my day.

The same will be the case for the dozens of other laptop toting  rail warriors alongside me. We all know that, unless we’ve booked a seat during half-term, the train can provide exactly the sort of focussed work environment conducive to getting some proper work done. In fact the whole country might be a lot more productive and happy if we actually slowed the trains down and spent the money on something else as Rory Sutherland points out in his characteristically eloquent and amusing way in the TED Talk above.