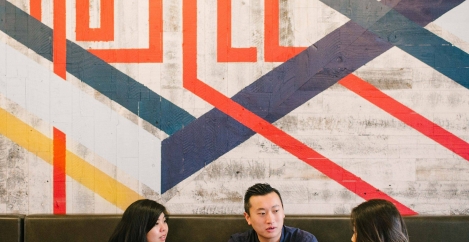 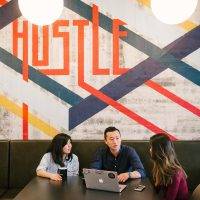 The idea that coworking is primarily for the self-employed, tech startups and other small firms who can’t afford permanent offices in the world’s expensive cities has been challenged with the news HSBC has moved 300 staff into a coworking space in Hong Kong, according to a report in the South China Morning Post. The bank has rented the workstations in WeWork’s space in Causeway Bay, one of the world’s most expensive districts for offices and shops. The bank has taken out a large scale corporate membership with WeWork for the 300 members of its digital and transformation team. According to the report, a spokesman from CBRE claimed that the move is less about saving money than it is with providing short term flexibility in a time of economic uncertainty. However you view that, the bank is saving as much as HK$2.45 million a month with the move (£240,000 or $320,000). The annual cost savings are estimated at HK$23,640 per person.

Andrew Connell, HSBC’s regional head of digital, retail banking and wealth management, Asia-Pacific, said in the report: “As HSBC accelerates the build-up of our digital capabilities, our space in WeWork will allow our employees to collaborate in an open plan and agile working environment. Creating the right environment for our staff, working in the same location as other like-minded teams, including Hong Kong’s fintechs and other start-ups, is important to us as we continue to attract, develop and invest in the talent we need to meet our digital ambitions.”