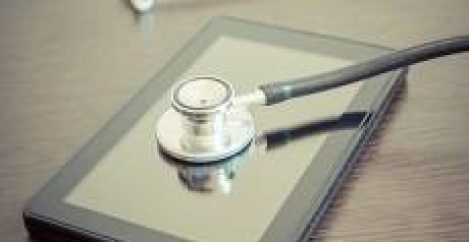 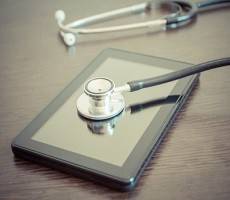 The Health and Safety Executive has released its latest statistics on work related illnesses, injuries and death in UK workplaces. The main takeaway from the data appears to be that after more than a decade of substantial falls across a spectrum of conditions and injuries, there are signs that numbers are starting to stabilise. According to the data for 2014/15, more than a million UK workers were made ill by their work during the year, losing some 27.3 million days and costing the economy £14.3 billion. This represents a fall of over 30 percent since 2002. Most absence is now down to stress, depression, anxiety (collated as a single issue for this particular report) and musculoskeletal disorders. These two groupings account for 9.9 and 9.5 million days off work respectively. The average days lost per case for stress, depression or anxiety (23 days) is higher than for musculoskeletal disorders (17 days). 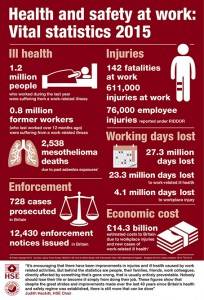 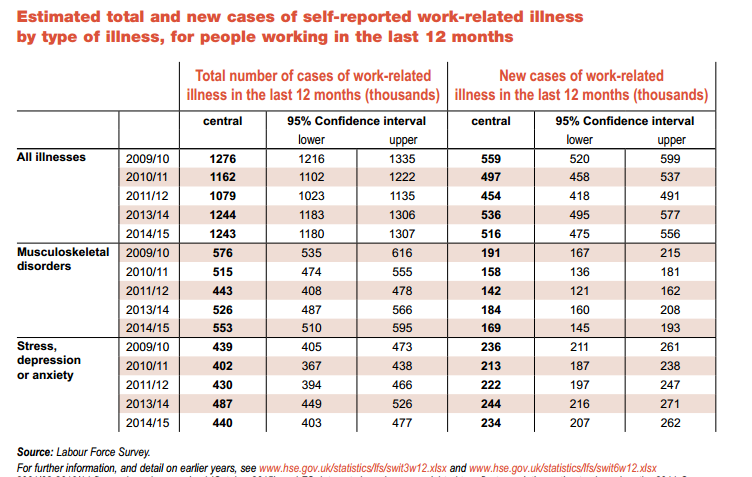 The report also consider the risk factors associated with work across a range of physical and psychosocial factors. Based on a 2014 national survey of workplaces employing 5 or more people, the most commonly cited risk factor across all workplaces were:

According to HSE’s Chair Judith Hackitt: “It’s encouraging that there have been improvements in injuries and ill health caused by work related activities. But behind the statistics are people, their families, friends, work colleagues, directly affected by something that’s gone wrong, that is usually entirely preventable. Nobody should lose their life or become ill simply from doing their job. These figures show that despite the great strides and improvements made over the last 40 years since Britain’s health and safety regime was established, there is still more that can be done”.