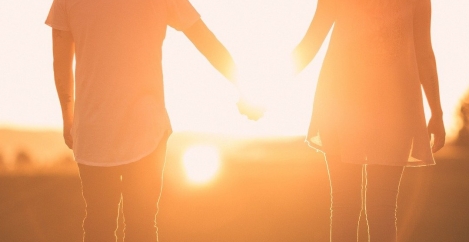 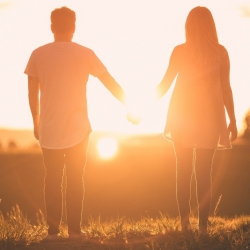 Research from Totem, an employee engagement and culture app, claims there is a hybrid working gap, suggesting older workers are more likely to prefer hybrid working models than younger people.

The study claims half (49 percent) of employees aged 18 to 24-years-old want to return to the office full time, compared to just 29 percent of over 55s. Two thirds (66 percent) of workers aged over 55-years-old would instead prefer to embrace hybrid working, working part time in the office and part time from home.

It seems though that starting a new job is where people of all age groups are more likely to want face-to-face interaction. When it comes to onboarding, 80 percent of 18 to 24-year-old employees would prefer to onboard in the office rather than remotely, compared to 71 percent of over 55s.

Across all age groups, only 9 percent of workers stated they would want to work from home full time. Women were found to be slightly more in favour of hybrid working than men, with 47 percent preferring to work part time in the office and part time from home, compared to 40 percent of men.

The findings were part of a new report by Totem, titled, Forgotten hires: how to get onboarding right, which surveyed 1,000 UK-based employees, who started a new job between March 2020 and Feb 2021, about their onboarding and remote working experiences.

Those earning below £45,000 per year were more likely to prefer working full time in an office (48 percent), with only 42 percent citing they would prefer a hybrid working model. As with greater wealth equating to stronger hybrid working preference, those earning below £30,000 per year were even more likely to prefer full time office working (50 percent). Only 38 percent of this group would want to work part time in the office and part time from home.

Single people would rather return to the office

The data also highlights a difference in work preference between single people and those who were living with their partner or married. The study claims 48 percent of single people surveyed would prefer to work full time in the office, compared with 44 percent preferring a hybrid working model. People in relationships though, seemed more settled with remote working structure, with almost half (46 percent) of people living with their partner and half (50 percent) of married people favouring hybrid working.

Totem’s research also used qualitative research to understand employees’ views on remote working and its challenges, with one respondent saying “there are parts of remote work I love but parts I miss, like the social interaction. There’s only so many escape rooms you can do over Zoom, and I don’t ever want to do a quiz again.”

Another respondent didn’t feel full-time remote working was a perfect solution, saying, “it’s not as good as being in the office, but it’s workable.”

Marcus Thornley, CEO and founder of Totem comments: “Our latest research findings reiterate that a one-size-fits-all approach to where people work isn’t suitable for businesses, and the need for companies to seek feedback from their employees about where is best for them to work as pandemic restrictions ease into the summer. The data reflects that people in certain circumstances are more likely to prefer hybrid or remote working models, such as those earning over £45,000, those who are married, and those who are older – but it’s also fair to guess that many in these groups are better set up for this type of work compared to lower earning, single, or younger employees who may be living in smaller or shared accommodation, seek more social interaction with co-workers, and want to gain more work experience face-to-face.

While some companies have been quick to give up their office spaces and move to 100 percent remote working models, this could negatively impact on their diversity, inclusion, and their talent acquisition and retention, as it will only suit certain demographics of people. Physical space and interactions will retain an important and relevant role in our workplace culture, so for now, a model that allows people greater choice about where they work is likely to be best, so they are not limited to one location. It’s also important that companies adapt the office space to ensure it’s a place of collaboration for people, rather than somewhere people are mandated to work for the sake of it.”

Sony launches TEOS 3.0, its workplace solution now optimised for the evolving modern workplace A warning to employers that hybrid working will disproportionately impact their younger workforce