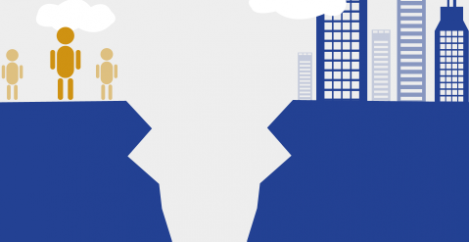 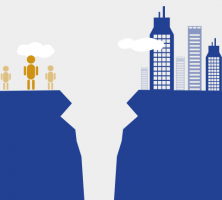 When faced with inconvenient facts, there is always a temptation to just ignore them. It’s a temptation to which the big thinkers of the political class readily succumb, especially when they’re selling an idea. So it was with George Osborne’s Autumn Statement, which maintained the Chancellor’s commitment to using public sector spending on infrastructure to boost the economy. This intriguingly Keynesian way of thinking seems pretty seamless, especially while the memory endures of what happens when you use credit to grow the economy. But it rests on the assumption that there is a limitless supply of the right people to build things in the first place. The flaws in this way of thinking are already becoming evident with HS2, a project that continues to drain talent away from the rail network’s already disastrous investment programme. A growing number of voices are raised to point them out on other issues too.

One of the first people to raise their hands in the wake of the Autumn Statement was Mark Beatson, chief economist for the CIPD, who said: “The Chancellor’s statement had a strong focus on capital infrastructure but is there enough investment in the people that are necessary if we’re going to see infrastructure spending deliver higher productivity? We need better human capital just as much as we need housing, roads or research facilities.”

Now, of course the CIPD would say this, but Mark Beatson surely has a point when he says:  “The Chancellor wants to build the country’s future but he’s doing it without the strong foundation of workforce skills. Skills policy has largely been reduced to getting young people into university and hitting the 3 million apprenticeship target. The danger is that we will simply see an increase in lower level apprenticeships and more young people leaving university with uncertain prospects and large debts. If we are to raise the skills of the nation as the Government intends, we need to raise the skills of the whole workforce.  We need businesses to invest more broadly in skills development and we need more opportunities for people to learn or re-train at any point in their working life.  This spending review is at best a modest pointer in this direction.”

It’s a point echoed by HR managers generally, according to a survey from researchers ORC International in their 2015 HR reflections survey of 1,000 managers. lack of skilled talent remains the greatest challenge facing organisations across all sectors and is a growing constraint on organisations who would like to do more but can’t find the people to do it with. According to the study, whilst 38 percent plan to increase staff levels in the next year, 69 percent feel that there is a talent crisis in recruitment. The study found there are plenty of applicants for roles, but they’re often lacking the talent needed to do the job. Nearly two thirds (64 percent) feel that there is a skills gap between their current employee competencies and those required for future success.

Lack of talent and investment are also likely to stymie plans for the ‘Northern Powerhouse’,  George Osborne’s flagship programme which aims to close the economic gap between London and England’s other ‘core cities’ in the North. The idea of ‘HS3’ (not really a high speed line at all, just a plan for the electrification of the appalling rail infrastructure linking Manchester with Leeds and beyond) was put on hold during the Summer looks set to be further constrained as HS2 continues to drain talent away from other project.

There also remains untapped potential of the digital economies in the North of England and elsewhere. According to the 2015 Tech Nation report, there remains a huge mismatch between the amount and type of talent being produced by the education system and the needs of organisations. A 2013 study published by O2 claimed that Britain needs an additional 750,000 STEM graduates by 2017 to meet the demands of the growing digital economy. In 2011, however, there were just 56,025 computer science graduates in the UK.

It seems pretty clear across a number of examples that the creation of demand in the economy with Keynesian interventions is likely to be constrained by the supply of the talented people needed to make them a reality. This is clearly a nettle that needs to be grasped by those who setting out their grand plans.