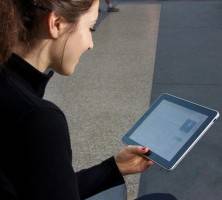 According to latest HSE statistics, the UK has seen a huge jump in the number of cases of workplace musculoskeletal disorders over the last two years. The data makes for depressing reading and includes a 20 percent hike in the number of cases to more than half a million, 8.3 million lost working days and a sharp increase in the proportion of work-related illness associated with the condition. Of the 535,000 new illnesses reported in the UK in 2013/14, over a third were musculoskeletal disorders; 184,000 cases. All of which begs the question what exactly is going on to cause this leap. Anecdotally we are aware of a number of factors that might indicate the smoking gun. The first is that clients are talking to us more and more about upper limb disorders rather than those related to the lower back. Pains and illnesses in the lower back are commonly (but not always) associated with poor posture while working at a desktop PC, injuries and aches to the wrists, arms, neck and shoulders are more commonly seen in people with handheld devices especially smartphones and tablets.

There ‘s no question we are using these devices more and more. Sales of tablets worldwide jumped 55 percent last year and will jump by around 11 percent this year according to Gartner and the only thing that has dented this inexorable rise is the predominance of better and better smartphones and ‘ultramobile’ hybrid devices such as the MacBook Pro and SurfacePro, which have seen sales nearly double in the past year. Meanwhile traditional desktop sales remain moribund, consistently down by a tenth year on year.

We must always be wary of confusing correlation with causation but given the change in the nature of injuries and the fact that people use tablets, hybrids and smartphones differently to the way they use desktop computers. What makes it likely that this changing relationship between people and technology is the major factor in the increase in MSDs is the fact that the places we work are also changing. A report this year from the Office for National Statistics showed that flexible working is at a record high in the UK with over an eighth (14 percent) of the UK workforce now routinely working at home at least some of the time and many more in client premises and public spaces such as hotels, trains and cafes.

This blurring of the boundaries between the traditional workplace and other parts of our lives is also temporal. A report earlier this year from the Institute of Leadership and Management found that nearly half of managers work an extra day each week outside of their contracted hours, while an eighth put in an extra two days and nearly all (90 percent) of managers now work outside normal office hours.

This is the great triple whammy as far as MSDs are concerned. We are working longer hours; more and more often we do so away from our main place of work with its ergonomic furniture and training; and we do so in ways beyond the supervision of our employers who are ultimately responsible for our wellbeing regardless of where we work and with what device.

This is not an insoluble situation but it does demand a shift in our thinking to ensure that we consider more carefully how we work, with what furniture and in what surroundings and we understand there is a world of difference between an iPad on a sofa and a PC on a workstation.