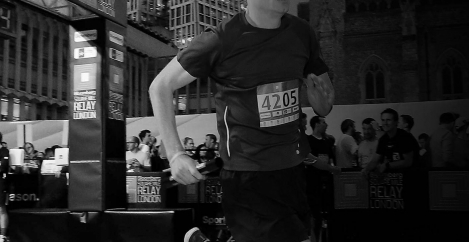 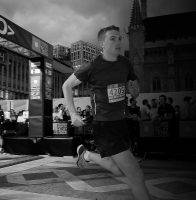 This model believes employees are the most important resource in the business. It addresses employee empowerment as a direct route to establishing improved performance, a concept exemplified by the Bloomberg Square Mile Relay whose sell-out series echoes the increasing importance placed by companies on empowering employees in their work environment.

The benefits of an active workforce can also be immediate. A survey carried out by GfK NOP Social Research on behalf of the Department for Work and Pensions entitled ‘Health and well-being at work: a survey of employees ‘,suggests those who keep active, experience less absenteeism and higher degrees of self-confidence linked to increased endorphin release. The goal-oriented structure of maintaining fitness makes a transition into the work-place with fit employees becoming more adept at realising their targets. Perhaps the greatest benefit of keeping fit and active is the dramatic reduction in stress with tensions being released in an external and safe environment. The causality between a healthy heart and healthy mind are evident.

This concept is particularly relevant in today’s society where statistics reflect that obesity is higher in the UK than it has ever been. Public Health England found that 61.7% of adults were overweight or obese and that the prevalence of obese adults rose from 14.9% to 25.6% between 1993 and 2014, which is contributing to increased strain on NHS finances. The lack of government pro-activity on this matter only increases the importance of corporations showing autonomy in their behaviour towards health. The Bloomberg Square Mile Relay series has experienced a steady growth in participation since its inception 10 years ago, providing further evidence to the notion that this is a set of corporations that are pro-actively endorsing health and fitness as a priority in their objectives.

Bloomberg is the headline partner of the Bloomberg Square Mile Relay, now entering its tenth year with the unique event. The race takes part in seven cities including London, Shanghai, Singapore, Hong Kong, Dubai, Sydney and New York, with further cities to be added in 2017.