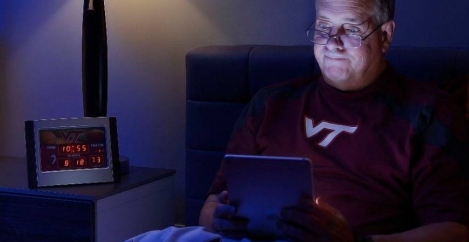 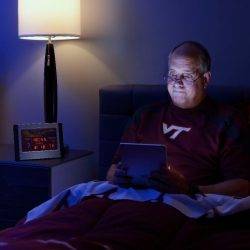 Over a third (35 percent) of UK workers continue to work when then get home from the office, claims research from Insurance2go into whether British workers are struggling to stick to working within their designated office hours. The survey found that a third (35 percent) of continue to answer work email or conduct work tasks on their personal mobile phones when they get home from work, a quarter (25 percent) do the same during their lunch break, and just under a quarter (23 percent) have said they work on their personal handsets on their commute. Meanwhile, across the channel, French employees have been given the legal right to ignore work emails outside of working hours, with companies of over 50 workers providing a charter of good conduct, setting out the hours when staff are not supposed to send or answer emails. When asked if the UK should follow-suit, 65 percent of workers were in favour, implying a strain on British staff and an expectation to be ‘always on’ even in non-working hours.

The survey also found that despite the fact that 14 million people in the UK use a second mobile phone for work, there’s still many who prefer to use their personal handset to take care of business, including 18 percent who use their own device in meetings and on work trips because they think it’s better than their work device, and 14 percent who just prefer to stick to their own devices for ease or familiarity.

Although working on a personal device may be preferable for some, 61 percent of those polled said working on their own phone impacts their data usage, something they aren’t able to claim back from their employers.

Working from personal tech comes with responsibilities too, and new GDPR legislations may not be at the forefront of busy working minds despite heavy penalties when not followed! New data protection laws mean that businesses need to ensure data stored on employees’ mobile phones is as secure as the information held on their own database and servers1. However, 46 percent of working Brits confessed they were not aware of these laws while they were answering work emails or conducting work tasks on their personal mobile phones, meaning many employers could be unintentionally failing to adhere to GDPR legislations.

The industries struggling the most to disconnect and potentially breaching new GDPR regulations when they leave the office are the Emergency Services, with 60 percent working on their personal devices when they get home, and a whopping 80 percent during their lunch hour. On the commute, it’s those working in Accounting (42 percent) who find themselves answering emails on their mobile phones before they’ve even got to the office. And as for holidays and sick days, Lawyers (61 percent) are the most guilty of logging in on their personal handsets when they should be relaxing.

Gary Beeston, Sales & Marketing Director at Insurance2go said: “Many of us feel the pressure to work while we’re away from the office. But finding a balance is very important, not only for the benefit of our own wellbeing but for laws such as the new GDPR regulations.

“If you prefer to work from your own device while working, it’s a good idea to inform your employer, they’ll then be able to inform you of any GDPR regulations that you may be at risk of breaching. But it’s not only data protection laws which need to be taken into consideration, taking your personal devices away on work trips for business use is not always covered by insurance policies so we’d recommend reviewing your current policy with your provider before heading off on any work trips.

“Alongside this, if you’re using up your data allowance for work-related roaming and haven’t got an agreement with your employer to claim this back, you could be out of pocket! We’d recommend liaising with your employer to make sure you’re fully aware of all rules and regulations when it comes to working on your personal devices.”