Majority of UK workers concerned about their ability to retire 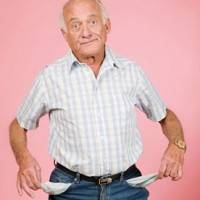 A new report from the Chartered Institute of Personnel and Development claims that the majority of UK workers are concerned that their current pension arrangements won’t allow them to retire. It found that the average employee pension contribution to a workplace-defined contribution pension scheme is currently 5 percent, but most employees think they should be saving almost double that (9 percent). Four in ten (43 percent) think they should be contributing more than 10 percent of their salary to their retirement savings and almost a quarter (22 percent) admitted they didn’t know how much they should be contributing. The shortfall between what employees are paying in and what they think they should be paying is highlighted by the fact that over half of UK workers have considered how they might work past state pension age and one in ten people (13 percent) are worried that they will never be able to afford to leave paid employment.

The report, Employee Attitudes to Pay and Pensions, from the CIPD, the professional body for HR and people development, is based on a survey of 2,255 working adults. It highlights the urgent need for both Government and employers to help workers understand the value of workplace pension schemes and the importance of retirement planning.

When asked how they plan to retire from paid employment, 40 percent of employees said they want to reduce their hours gradually from full-time to part-time and 32 percent plan to work full-time right up to retirement. Almost a third of people surveyed are less certain of their retirement future; 15 percent haven’t thought about how they will retire and one in ten said they may never be able to leave paid employment. Private sector workers are twice as likely to think this compared to those in the public sector.

Charles Cotton, Reward Adviser for the CIPD, said: “The looming pensions crisis cannot be ignored any longer. Auto-enrolment has been successful in getting six in every ten eligible workers saving through a workplace scheme, but their ability to contribute adequately is being severely hampered by poor wage growth.  Until the Government and businesses can tackle the root causes of the UK’s productivity challenges, we won’t see the wage growth needed to improve individual pension contributions and people may need to stay in work a lot longer to have a sufficient income.

“Businesses, and HR professionals in particular, need to be prepared for the real possibility that over half of their workforce will want to be employed beyond the state pension age. To support them, and reap the benefits of an age-diverse workforce, they need to think carefully about how they will manage and support these individuals, from training and development through to reward schemes, reasonable adjustments in the workplace and wellbeing support. We need a collaboration between employers, employees and the Government to ensure that workers are getting the financial information and education they need around retirement planning, and, if they do plan to work to a later age, that they get the support they need in the workplace.”

The CIPD’s survey found that nearly two thirds (61 percent) of people have considered working beyond the state pension age in some capacity. Almost half (47 percent) would like to do so in a permanent job, and preferably in a part time role (31 percent) rather than a full-time role (16 percent). One in ten would prefer to take up employment on a casual, temporary, self-employed or fixed term basis.

The survey also found that the size of a business has a considerable impact on the individual’s ability to save for a pension and the age at which employees expect to retire. Workers in medium- and large-sized businesses expect to retire at 65, rising to 66 in small businesses and 68 in micro businesses. Those who aren’t saving through a workplace pension scheme (typically those in smaller businesses) expect to stop work at 67, with 7 percent anticipating they will have to work past the age of 70. In addition, the CIPD’s research found that 76 percent of employees working for a micro employer and 60 percent of those working for small businesses are not enrolled in a workplace pension scheme.

Cotton adds: “While the extended timeframes for small businesses to adopt auto-enrolment into workplace pension schemes may have been good news for them, it seems many of their employees have been missing out on the security that a workplace scheme provides. In response, many individuals are planning to extend their working lives considerably beyond the average of 66 years and one in seven people in small businesses specifically don’t think they will ever be able to afford to retire. In preparation for this, smaller employers need to review how quickly they can reasonably introduce a pension scheme as well as how they manage, develop and reward their staff. This can include such options as job design, flexible working, performance management and development. These efforts will help in attracting and retaining staff as well as helping them to exit the labour market when they want. It’s this kind of action that businesses of all sizes need to be considering, and soon.”

Other key findings from the CIPD’s research include:

The second phase of the CIPD’s Employee Attitudes to Pay and Pensions 2014 survey, focusing specifically on pay and performance, will be launched later this month (March 2015).