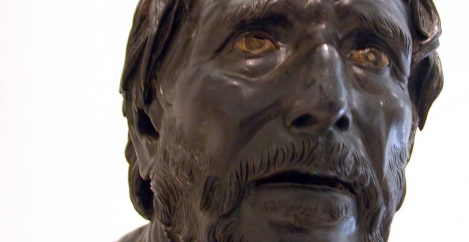 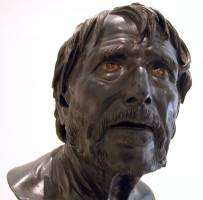 The fracturing of time and place underlies every one of the great workplace issues of our time. Everything that springs from this – the where, when, how, what and why of work – is defined by the shattering of any fixed idea we may once have had of a time and a place to work. Because the challenge to these traditional ideas is now so inextricably linked in our minds with new technology, we might often  forget that people have been asking questions about how we can get the most out of each day for thousands of years. Tempus fugit after all, and as a consequence we’ve always known that how we spend our days is how we spend our lives.

So the impact of new work practices on the working day is not just a question of dealing with the short term practical implications, but takes on a philosophical aspect. We may talk endlessly about technology, culture, buildings and design but it all comes down to the human being.

The Roman Stoic philosopher Seneca (above) produced an essay on the issue some 2,000 years ago. On The Shortness of Life could have been written today with its reminder to everybody that life should not be frittered on frivolous pursuits.

“It is not that we have a short time to live, but that we waste a lot of it,” he writes. “Life is long enough, and a sufficiently generous amount has been given to us for the highest achievements if it were all well invested. But when it is wasted in heedless luxury and spent on no good activity, we are forced at last by death’s final constraint to realize that it has passed away before we knew it was passing. So it is: we are not given a short life but we make it short, and we are not ill-supplied but wasteful of it… Life is long if you know how to use it.”

He even has a few words to say on those curiously modern preoccupations with busy-ness, multitasking and procrastination: “No activity can be successfully pursued by an individual who is preoccupied … since the mind when distracted absorbs nothing deeply, but rejects everything which is, so to speak, crammed into it…. Putting things off is the biggest waste of life: it snatches away each day as it comes, and denies us the present by promising the future. The greatest obstacle to living is expectancy, which hangs upon tomorrow and loses today. You are arranging what lies in Fortune’s control, and abandoning what lies in yours. What are you looking at? To what goal are you straining? The whole future lies in uncertainty: live immediately.” 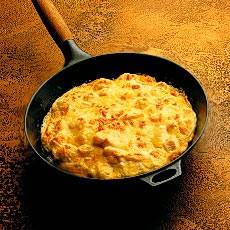 Similar points about how we might make the most of each day were made at the turn of the Century by one of Victorian England’s most popular novelists. Once a major literary figure in both England and France, Arnold Bennett is now not widely read outside of his native Potteries and academia. Although a prodigious author and journalist, the major part of his legacy rests on a handful of novels and the fact he has an omelette named after him that is served to this day at The Savoy.

Google searches of his name are as likely to lead you to pictures and recipes of omelettes as they are books. He was often derided by his contemporaries, particularly his peers in the Bloomsbury group of writers who saw his style, prodigiousness and willingness to work in the diverse fields of journalism, propaganda and film as a sign that he was more interested in the money than art.

Yet some of his best work has proved particularly enduring.  His novels set in the Potteries not only chronicle life in an English industrial town of the period but also show a willingness to portray the lives of ordinary working class people and accept them as identifiable protagonists in a way that was largely absent from the work of his peers.

One piece of his journalism from 1910 could, like Seneca’s, have been written for today’s world. How to Live on Twenty Four Hours a Day (available free on Kindle and Project Gutenberg) is aimed at the white collar workers whose existence was aimed at completing a daily grind of travelling to work, putting in their allotted hours in a job they either didn’t enjoy or actively detested, who were time poor through ill discipline and exhaustion so didn’t make the most of the time and resources available to them.

Bennett claims that time if our most precious commodity and we need to make the most of it. But that shouldn’t 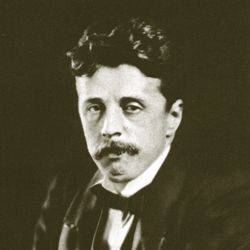 mean trying to cram as much as possible into each waking moment but might actually mean doing less.  He writes: “The evil springs not from persisting without elasticity in what one has attempted, but from originally attempting too much, from filling one’s programme till it runs over. The only cure is to reconstitute the programme, and to attempt less.”

So while he was writing at a time when work didn’t pursue us everywhere with technology, much of his advice is still relevant today, especially if we discover the off switch for our phones and don’t become slaves to our to-do lists. He believed we should set time aside for ourselves, possibly 90 minutes every other day. Bennett suggests we use these times for self improvement through literature, philosophy, study and poetry.

However, he does warn against applying this discipline of finding time for ourselves too rigidly so that it becomes another tyranny which precludes other parts of our lives, for example by learning how to cook the omelette named after him, as demonstrated here by Sophie Dahl.