Men and women have differing views on equal pay and opportunities 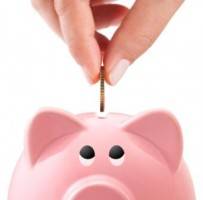 Men and women have differing views on the pay and career opportunities available to female employees in the workplace, according to a report published today by recruitment firm Hays. The report is based on a study of 6,000 employees which found that just under half (45 percent) of women think that equally qualified and capable male and female colleagues are not paid the same compared to around 20 percent of men. The survey also produced an almost identical result when respondents were asked whether the same career opportunities were available to both sexes, with 21 percent of men and 48 percent of women claiming that both genders enjoyed the same opportunities. Overall both sexes agree that quotas are not the best solution to any mismatch with just 9 percent agreeing that they would have a major impact.

However, nearly half of all respondents (44 percent) believe that the solution to questions about equal pay and career opportunities lies in more flexible working practices and other changes to workplace culture. Other suggestions included highlighting female role models (32 percent), changes to organisational policy (32 percent) and Government policy (27 percent).

The complexities of the gender pay gap were uncovered in the Office for National Statistics’ most recent report into the UK Labour market. For the first time, the study broke down pay differentials by both age and sex and shows that women now earn more than their male contemporaries until they are in their thirties when gender pay differentials suddenly, rapidly and permanently go into reverse. Women in full time employment now earn an average 81p more per hour at the age of 30, 58p more at age 34 but then 9p less at age 35. Crucially, the pay gap remains and even widens throughout the remainders of women’s careers. By the age of 40, men outearn women by an average of  £1.64 per hour.