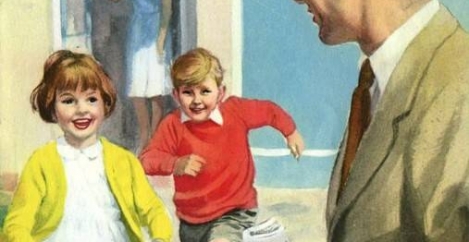 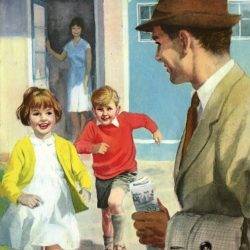 A report from the US based Council on Contemporary Families claims that younger millennials have a much more complex and even traditional attitude than recent generations towards issues such as gender roles, workplace equality and working families arrangements. The study has monitored the attitudes of 50,000 18-25 year olds in the US since 1975. The most recent study, based on data from 2014, found that fewer of the current generation in that age category support egalitarian family arrangements than the same group 20 years ago. It suggests that while attitudes became uniformly more egalitarian throughout the 40 year period of the research, a more complex picture has now emerged in which positive attitudes towards traditional gender roles in families seem to be returning to the levels they were at the beginning of the 1980s, even though there is near universal agreement with ideals such as equality in the workplace and parental leave.

“We often think that each generation becomes more modern, egalitarian, and tolerant than the last”, claim the authors Joanna R. Pepin, Department of Sociology, University of Maryland and David A. Cotter, Professor of Sociology, Union College. “And frequently this is correct—as it generally has been with changing attitudes about gender, work and family. Recently, though, our research has shown a surprising twist to that pattern. Looking at a survey that for 40 years has asked high school seniors a series of questions about how men and women should be treated at work, what responsibilities at home should look like, and whether mothers’ employment harms their children, we see that on some of those questions the answers have indeed continued to become more egalitarian. But on others, what had been a trend toward equality stopped or even reversed in the mid-1990s.”

The research claims that the proportion of young people holding egalitarian views about gender roles rose steadily from 1977 to the mid-1990s, but has fallen since. In 1994, fewer than half (42 percent) of respondents agreed that “it is better for a family if the man is the achiever, and the woman takes care of home and family”. By 2014, 58 percent preferred that arrangement – similar to results at the beginning of the 1980s.

The study found that despite their views on gender equality in the home, 90 percent of millennials believe that men and women should be equal in the workplace. In 1976, 82 percent of high school seniors already agreed or strongly agreed that “women should be considered as seriously as men for jobs as executives or politicians.” By 1994, that had risen to 91 percent, a high that was sustained for the next two decades. Similarly, in 1976, 76 percent agreed that “A woman should have exactly the same job opportunities as a man.” This rose to 89 percent in 1994 and has remained stable through 2014. Essentially, starting in the mid-1970s, youth’s attitudes became more egalitarian and plateaued at a high level of egalitarianism since the mid-1990s.