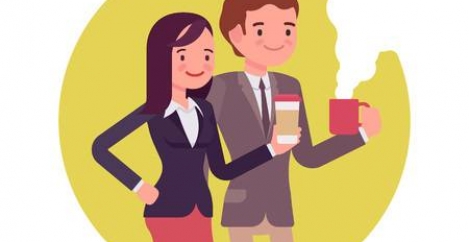 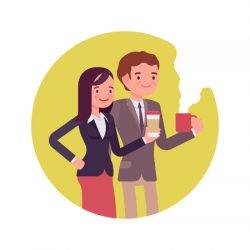 Millennials are less likely to leave the security of their jobs this year as the events of 2016; terror attacks in Europe, Brexit, and a contentious US presidential election appear to have rattled their confidence. This is according to Deloitte’s sixth annual Millennial Survey of nearly 8,000 millennials from 30 countries, which found that the “loyalty gap” between those who saw themselves leaving their companies within two years and those who anticipated staying beyond five years has moved from 17 percentage points last year to seven points. The desire for security is also apparent in the finding that, while millennials perceive across-the-board advantages of working as freelancers or consultants, nearly two-thirds said they prefer full-time employment. Those in highly flexible organizations appear to be much more loyal to their employers and are two-and-a-half times more likely to believe that flexible working practices have a positive impact on financial performance than those in more restrictive organizations. Three-quarters of those offered flexible working opportunities say they trust colleagues to respect it, and 78 percent feel trusted by their line managers.

“This pessimism is a reflection of how millennials’ personal concerns have shifted,” explains Punit Renjen, Deloitte Global CEO. “Four years ago, climate change and resource scarcity were among millennials’ top concerns. This year, crime, corruption, war, and political tensions are weighing on the minds of young professionals, which impacts both their personal and professional outlooks.”

Millennials feel accountable for many issues in both the workplace and the wider world and more than half say they are provided with opportunities to contribute to charities/worthwhile causes in their workplaces.

“The survey’s findings suggest those given such opportunities show a greater level of loyalty to their employers, which is consistent with the connection we saw last year between loyalty and a company’s sense of purpose,” explained Jim Moffatt, Deloitte Global Consulting CEO. “But, we are also seeing that purpose has benefits beyond retention. Those who have a chance to contribute are less pessimistic about their countries’ general social/political situations, and have a more positive opinion of business behavior.”

In general, millennials say they intend to stay longer with employers that engage with social issues, such as education, unemployment, and health care, and those most optimistic about their countries’ progress are more likely to report their employers getting involved with wider social and economic issues.

Millennials’ attitudes on business overall continue to improve. For the third year in a row, more respondents believe businesses behave ethically and that their leaders are committed to improving society, and fewer feel businesses are purely profit-driven and prioritize their agendas with little regard for society.

Finally, Millennials tend to have a broadly positive opinion of GenZ (those currently aged 18 or younger), believing the group to have strong information technology skills and the ability to think creatively. Six in 10 millennials believe GenZ will have a positive impact as their presence in the workplace expands; this belief is higher in emerging markets (70 percent) than in mature markets (52 percent).