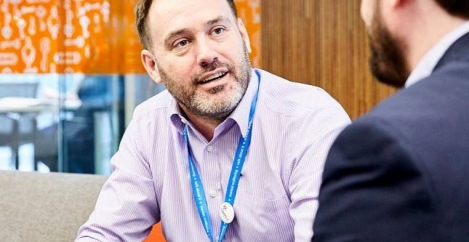 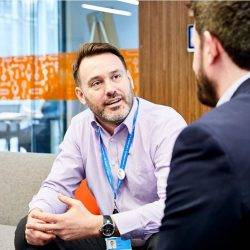 New research by Carers UK claims that 2.6 million have quit their job to care for a loved one who is older, disabled or seriously ill, with nearly half a million (468,000) leaving their job in the last two years alone – more than 600 people a day. This is a 12 per cent increase since Carers UK and YouGov polled the public in 2013. The findings also show that more people are caring than previously thought, with almost 5 million workers now juggling their paid job with caring – a dramatic rise compared with Census 2011 figures of 3 million.

The research emphasises the need for UK employers to support the rapidly increasing number of staff with caring responsibilities to stay in the workforce.

Previous research shows those aged 45-64 are most likely to have a caring responsibility, providing a strong driver for employers to support and retain some of their most skilled and experienced employees.It comes as Employers for Carers, a group of more than 115 employers committed to supporting carers in the workplace and supported by Carers UK, marks its 10th anniversary as a formal forum and launches Carer Confident, the first UK-wide employer benchmarking scheme of its kind. The pioneering scheme recognises and accredits UK employers who have built carer friendly and inclusive workplaces.

Helen Walker, Chief Executive of Carers UK, said: “Better workplace support for people juggling paid work with caring for a loved one is becoming an increasingly important issue, with a growing need for employers to improve flexibility and, with an ageing population, support people to keep working for longer, contributing to better productivity.

“With 15 percent of the population now working and caring, there is a real social and economic imperative for UK businesses to adopt carer friendly workplaces. Carers UK is urging the Government to improve rights for people juggling work and care by introducing a new right of five to 10 days of paid care leave.

“Adequate care and support services are also a key condition for many people’s employment so it’s more important than ever that the Government’s forthcoming social care proposals deliver the high quality and affordable care services we need now and in the future.”

Asked what support from their employer would be most important if combining their job with unpaid care for a loved one, 89 per cent of UK adults said a supportive line manager/employer, 88 per cent said the option to work flexibly, and 80 per cent said five to 10 days paid care leave.

Asked what supportive employment policies are currently available for carers in their workplace, 38 per cent of UK employees said their employer had flexible working but only 12 per cent said they had additional paid care leave. A third (33 per cent) of people currently juggling work and care said that there were no policies listed to support carers. This suggests that for many carers, the lack of support in the workplace is a difficult reality.

7 per cent of people said unpaid caring had negatively impacted on their paid work, down from 10 per cent in 2013, indicating that measures by employers to support carers in the workplace have been working well for some.

Centrica, the parent company of British Gas, which has been working with Employers for Carers since its inception, has seen the business benefits of introducing flexible working and care leave for its staff as they have retained employees and reduced recruitment costs.