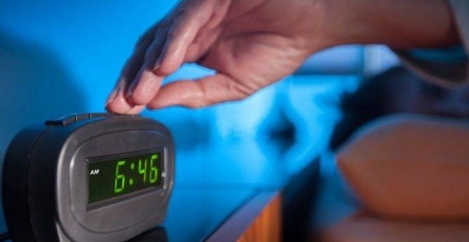 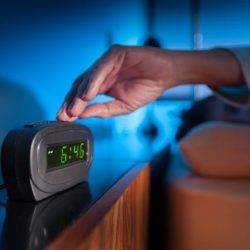 The majority (72 percent) of employees in the UK go to work just to afford to live rather than for job satisfaction and one in four are considering a career change in 2018, claims a new survey. According to  research conducted by Paymentsense, over half of those questioned say money is their biggest motivation, 67 percent say their degree went to waste and they work in an unrelated role, and 25 percent are considering a whole career change in 2018. According to the 2,000 UK participants in the survey, a career peak occurs at 42 years old, which is when you start to lose passion for your work. At this age, opportunities to progress seem to be rare which is why when asking those in their 40’s ‘why do you go to work every day’?  76 percent say to be able to afford to live. 51 percent say they need to just pay the mortgage and 57 percent have responsibilities to support the family.

Just 11 percent of those in their 40’s say they are passionate about their job and a mere 14 percent want to build their career. Those that have reached their ‘career peak’ say having 20+ annual holiday days (47 percent) and a well-paid salary (65 percent) is more important to them than opportunities to progress (5 percent). 19 percent face little to no progression opportunities and of those that attended University – 67 percent said their degrees went to waste and work in a role completely unrelated.

Despite the fact that 21 percent live to work, are career driven and want to build their knowledge and skills as much as possible; the most important aspect of a job for workers in Britain is pay.

Over three quarters (86 percent) of participants say money is the most important when it comes to their job. However, 72 percent say it is also important to have a good pension scheme and 20+ holiday days too (79 percent).

More than 1 in 3 say a good maternity scheme is important to them so that they are covered financially when they decide to have a child and 1 in 4 (25 percent) say childcare schemes are important too.

Onsite creches or childcare vouchers are in demand for working parents. According to the latest figures from the Chartered Institute of Personnel and Development, only 5 percent of businesses in the UK now offer childcare in the workplace. This is almost exclusively made up of large employers because they have the money and space to allow for it.

Although some companies are providing solutions to childcare struggles, 32 percent say they want the opportunity too to work flexibly.

Despite the fact that the majority of Britains go to work to live, 64 percent of participants said they were happy in their roles.  Employees in Scotland were surprisingly the most interested in building their careers as well as those within the 18-24-year-old bracket. 22 percent of young workers (25-34-year-olds) are motivated by having more responsibility and 19 percent are motivated by progression (18-24-year-olds).

Guy Moreve, Head of Marketing at Paymentsense says “Although money is the biggest motivator, it is shocking to see how many Brits choose money over passion when it comes to working. Employers have a certain amount of responsibility for the motivation and well-being of the workforce and for a team to function to their best of its ability, all members must be fully engaged and committed.

Employees losing their motivation or passion for their role can be detrimental to business and therefore employers are advised to really listen and respond to your employees’ needs to ensure high levels of engagement throughout your company. Spotting the warning signs of a disengaged employee early and addressing them quickly can help encourage retention.”

Soft skills are vital for organisational success, say business leaders The power of cities continues to shift east as Asia set to outstrip Europe and North America by 2035