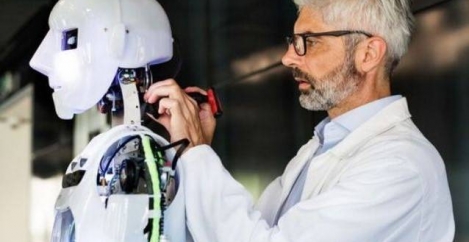 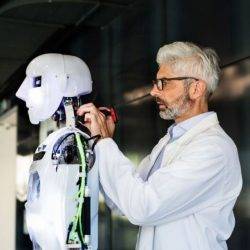 Only a fifth of workers see artificial intelligence as a threat to their jobs according to a new report. Over a third of male workers (39 percent) feel artificial intelligence (AI) and automation will make them better at tackling day-to-day tasks, in contrast to less than a quarter of female workers (24 percent). This gender gap in attitudes and expectations towards AI in the workplace is revealed in a report released by TalkTalk Business with research conducted by YouGov. This stands in stark contrast to a recent prediction by thinktank, Reform, which said that 250,000 public sector administrative jobs could be at risk by 2030 because of automation. Key decision makers surveyed were alert to the sweeping changes ahead, with 47 percent explaining that their companies intend to upskill their workforces to understand and utilise these newer technologies.

According to The Workforces 2025 report:

Duncan Gooding, Interim MD at TalkTalk Business, comments: “Employees must wake up to the march of evolving technologies so that they are ready to adapt to the demands and requirements of the workplace of the future. It’s equally important that employers introduce these tools and train workers in a way that inspires intrigue and positivity. AI, in particular has the potential to transform our productivity and creativity at work. It is incumbent upon employers to effectively demonstrate how, so that current and future generations jump at the chance to embrace automated solutions.”

Re-shaping our attitudes to AI

While many workers do not fear the possibility of automation directly impacting their jobs, general attitudes towards these technologies in the workplace aren’t universally positive. The research identifies that over a third (39 percent) of British workers do not think any time they spend dealing with tasks at work could be supported by automation.

Graeme Codrington, Futurist to TalkTalk Business, comments: “The reality is that we are on the verge of technological advances akin to the Industrial Revolution. While many employers are considering upskilling their workforces to benefit from this shift as early as possible, lots of employees still do not appear to have got the memo to achieve this. What these latest insights show is that by enabling workers to unlock the full extent of their abilities, this will create a happier, more engaged and productive workforce.”